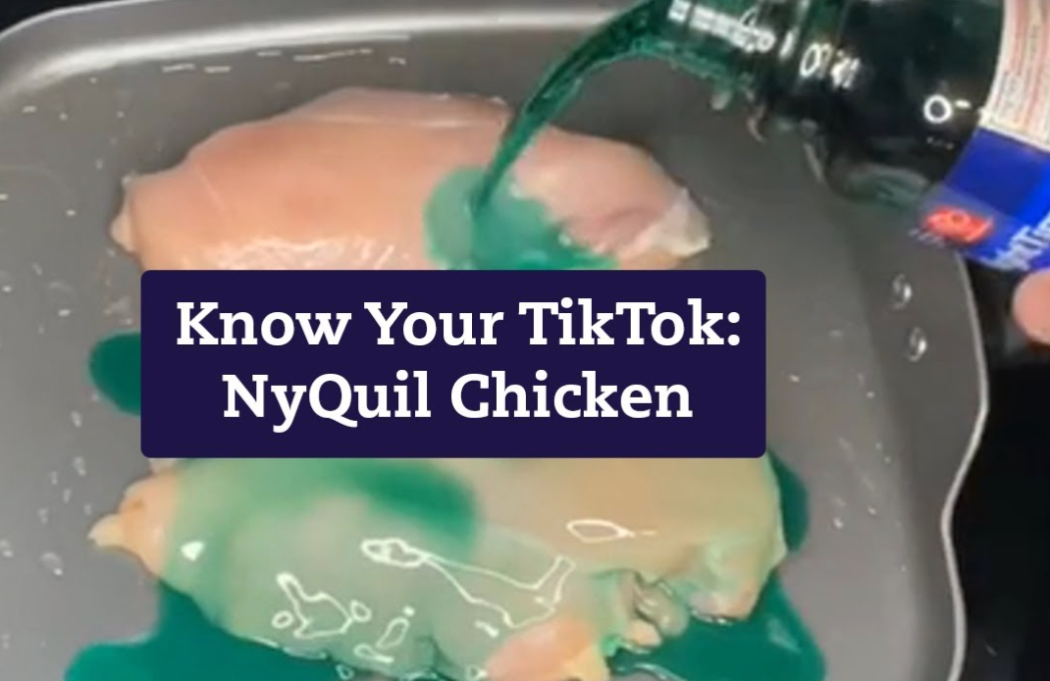 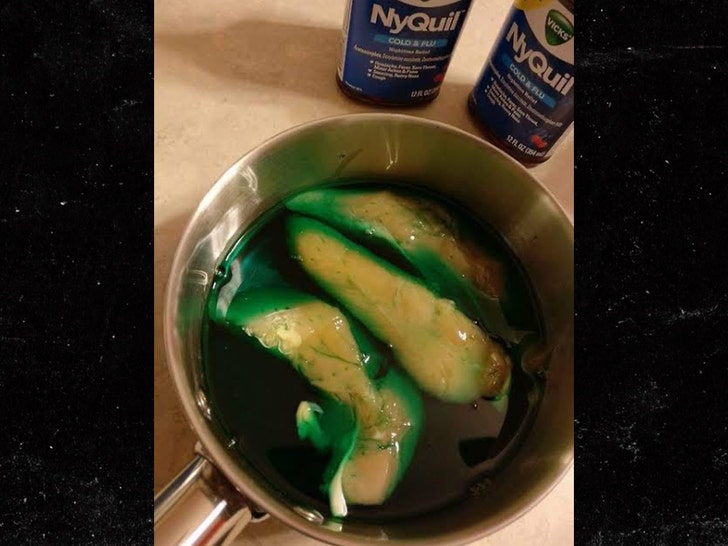 And the recent NyQuil Chicken Challenge falls under the last two categories. The challenge encourages people to cook chicken in a mixture of “acetaminophen, dextromethorphan and doxylamine — the basic ingredients of NyQuil and some similar over-the-counter cough and cold products.”

We’re not exactly sure who started this challenge. We’re assuming it was someone experiencing intense cold symptoms and had a fever-induced thought to boil chicken in NyQuil.

For some reason, people are actually participating in this bizarre challenge, and because of its popularity, the FDA was forced to send out a warning.

One social media trend relying on peer pressure is online video clips of people misusing nonprescription medications and encouraging viewers to do so too. These video challenges, which often target youths, can harm people — and even cause death. Boiling a medication can make it much more concentrated and change its properties in other ways. Even if you don’t eat the chicken, inhaling the medication’s vapors while cooking could cause high levels of the drugs to enter your body. It could also hurt your lungs.

Basically, unless you’re in full Walter White gear, you should probably refrain from cooking “sleepy chicken” inside your kitchen.

By the way, if you’re wondering, “Why the hell would anyone do this?” well it’s mostly young people, and according to science, their underdeveloped brains are to blame.

The teenage brain isn’t fully developed, according to the American Academy of Pediatrics. In fact the prefontal cortex, which manages rational thought, problem-solving and consequences, doesn’t fully develop until the mid-20s. That’s why teens and young adults are often impulsive and more prone to act without considering the ramifications.

While we’re on the subject of cooking chicken… DON’T WASH YOUR CHICKEN EITHER! You don’t need to wash your chicken because you’re cooking all the potential bacteria out. In fact, washing your chicken can just cause the germs to spread on your sink and countertop.

So yeah, no NyQuil and no washing.