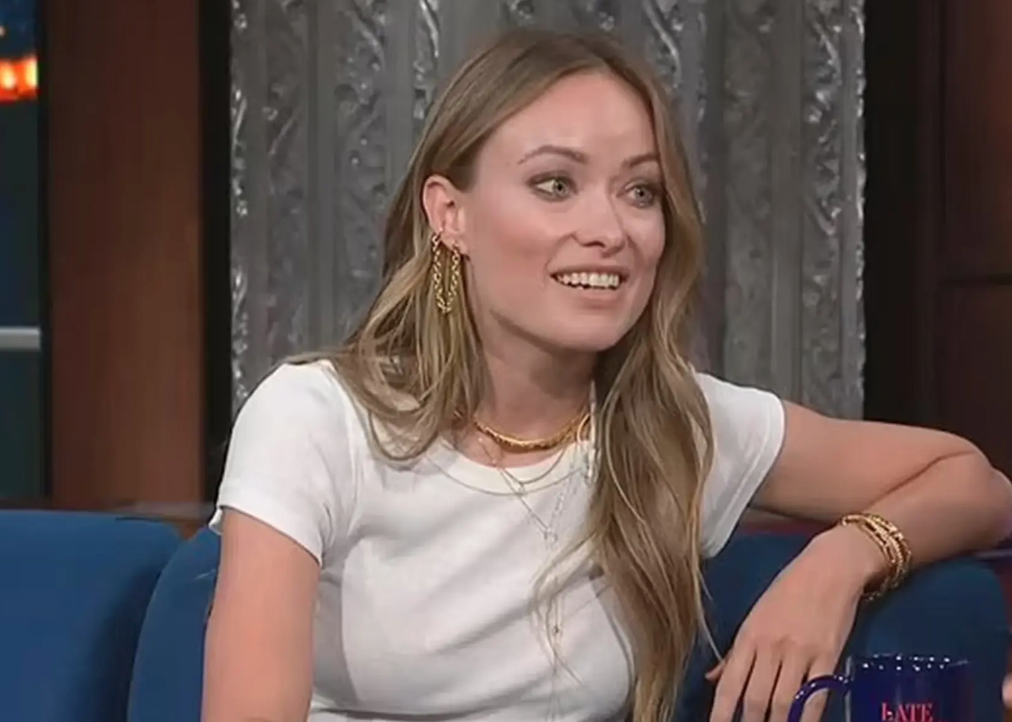 There has been so much drama surrounding Olivia Wilde’s film, Don’t Worry Darling. The drama has been so scrumptious that people are looking forward to watching the movie simply because of the drama off camera. One could look at all this as a really unique marketing campaign.

A portion of the drama surrounded the firing of Shia LaBeouf. As some of you know, the actor was “fired” from the movie just a week or two before filming. He was replaced by Harry Styles, who would go on to enter a romantic relationship with Wilde.

Shia recently came out and denied reports he was fired. He claims he quit, and he provided receipts to prove it. He shared a phone call with Wilde, and you can hear her basically beg him not to leave, which would seem to indicate that he was not fired.

During a recent interview on The Late Show with Stephen Colbert, Wilde addressed the drama. She claims Shia gave her an “ultimatum” over lead actress Florence Pugh, and she chose Pugh.

We had to replace Shia. He is a fantastic actor, but it wasn’t gonna work. When he gave me the ultimatum of, you know, him or Florence, I chose Florence. Early on in the process of making the film, as the director, I tried to mediate a situation between people to try to see if they could work together happily. Once it became clear that it was not a tenable working relationship, I was given an ultimatum. I chose my actress — which I’m very happy I did.

She also claims the video Shia shared was taken out of context.

Colbert also asked about any potential feud between her and Pugh. A lot of people online believe Pugh and Wilde hate each other. They believe that’s why Pugh purposely skipped an important press conference for the film at the Venice Film Festival.

Wilde tried to claim it was because she was busy, “There’s nothing cooler than a busy actress. I have nothing against her for any reason.”

But then Colbert pointed out that Pugh was spotted drinking a cocktail at the time of the press conference.

Wilde didn’t really have a response for that and said it was sexist for people to be pitting her and Pugh against each other, “I think what’s funny is like, I don’t feel like my male director colleagues are answering questions about their cast.”

And finally, what about the Harry Styles/Chris Pine beef? Well, Wilde says there is none. She says Styles did NOT spit on Pine.

No, he did not. But I think it’s a perfect example of, like, people will look for drama anywhere they can. Harry did not spit on Chris.