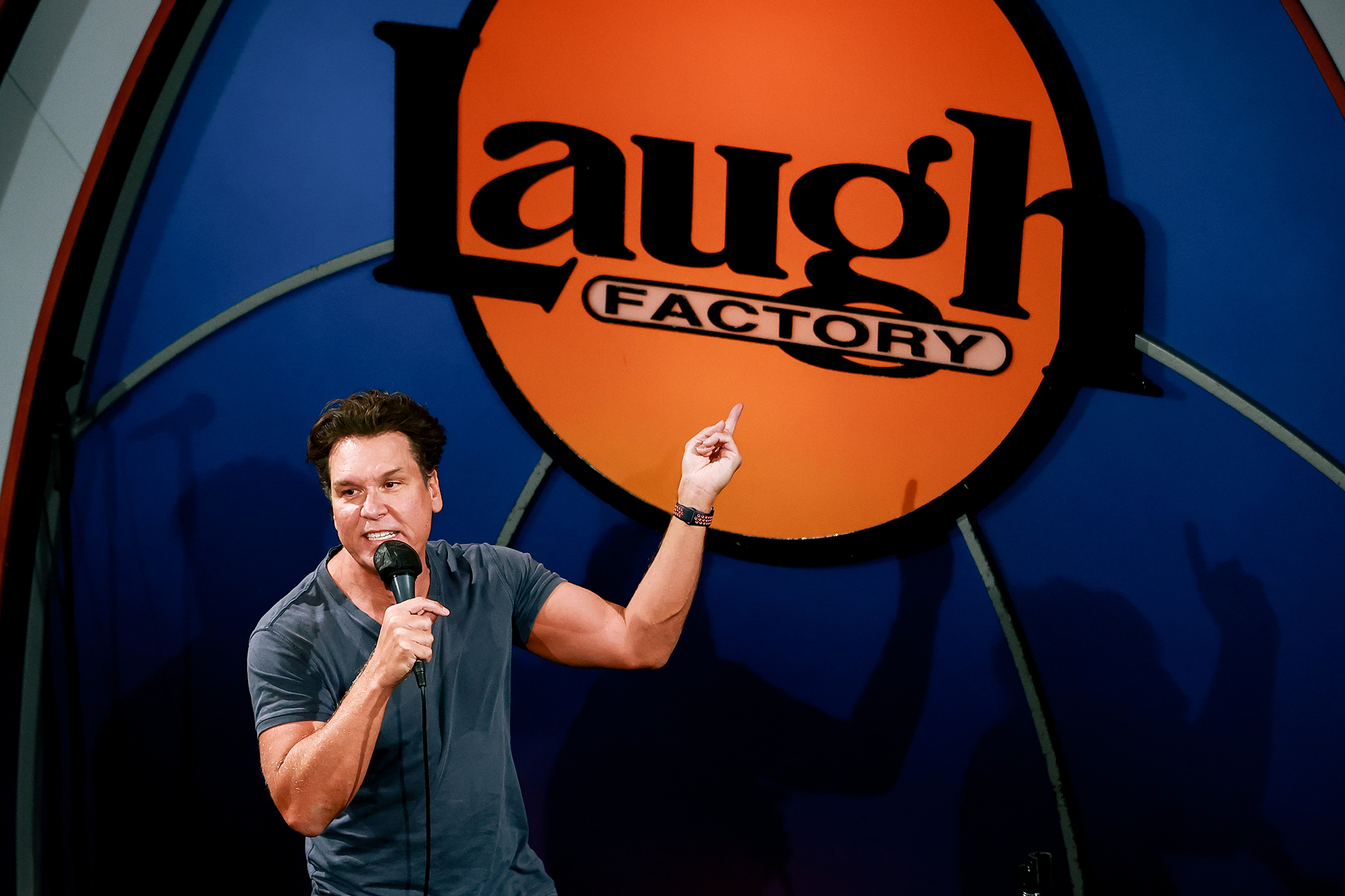 15 years ago, Dane Cook was one of the top comedians in the world. He was selling out stadiums left and right. And while some people made fun of his exaggerated style of comedy, no one could deny its success.

These days, the now 50-year-old comedian is not nearly as popular, but he still has a core group of followers. He has chilled out a little bit, and by all accounts, he appears to be a nice dude, especially to his fans.

The only thing that doesn’t check out is his bizarre relationship with a 23-year-old girl named Kelsi Taylor. For those who missed it, they got engaged back in July of this year after dating for five years. And yeah, if you’re doing the math in your head, this means they started dating when Taylor was 18 or 19-years-old.

And while that’s completely legal, one has to wonder what’s missing for the comedian. If I were to put on my therapist hat (which I shouldn’t own because I’m not a therapist) I would say he’s holding on to his younger self because that’s when he was at his best, at least career wise. He doesn’t want to let that time of his life fade, so he got plastic surgery to look younger and found himself a 19-year-old girlfriend.

But hey, who are we to judge? After all, they’ve been together for five years now, which is longer than most Hollywood relationships.

In his new comedy special, Dane Cook: Above It All, the 50-year-old comedian addresses the age gap and actually makes fun of it. He told E! News the following:

He also added that Taylor approved of every joke and actually encouraged him to keep them in his set. In addition to discussing what married life might be like, Dane revealed he’s looking forward to starting a family with Taylor.

I think it’ll change it in the way that I would always hope growing up with a generation of comedy fans. I was a college kid talking to you know, college-age students. And to grow up with a generation of comedy fans. Their kids are now coming to my show. I’m family oriented and to be looking at that with Kelsi and our future and family. It’s like, all feels like the right timing.

By the way, his new special started streaming this week. You can find it on his website: DaneCook.com