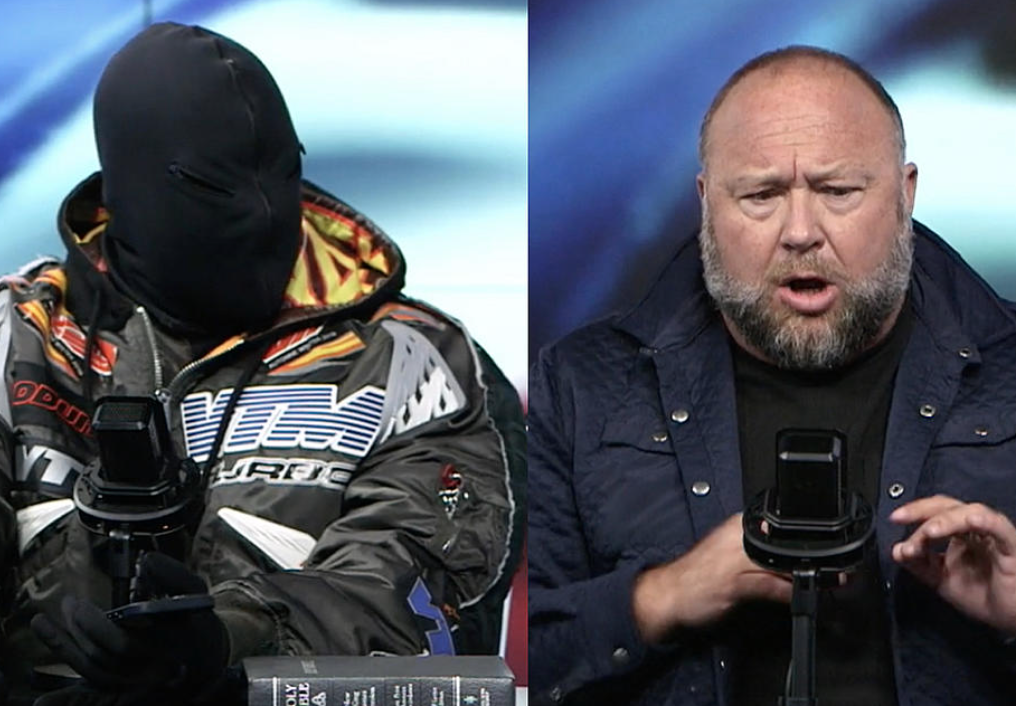 Kanye West had what could only be described as a complete mental breakdown during a live interview with Alex Jones. Yes, that Alex Jones.

He was live with Alex for over an hour and it was clear from the jump that Alex was trying to give him a space to defend himself against those claiming he hated Jewish people.

But instead of trying to clear up the confusion, West doubled down on his love for Nazis and even praised Hitler. West was so insane during this interview that even Alex Jones had to put a pause on things.

At one point, West claimed Hitler invented highways and microphones, which obviously isn’t true, but even if it was, I don’t think that’s enough to cleanse his soul… you know, considering his hate fueled the murder of around six million Jews. The only invention that could possibly help Hitler is a time machine.

Kanye went on to say he sees good things in all people:

I see good things about Hitler … Every human being has something of value that they brought to the table, especially Hitler.

Kanye’s hate got so bad that Alex tried to denounce Nazis, but Kanye responded, “They did good things too, we are gonna stop dissing the Nazis.”

He also started doing puppetry at one point, and uh, well, just watch:

Kanye is clearly not stable, and hopefully someone can come in and put his a** in a mental facility. I say that with all the kindness in the world. He needs some serious help and lots of medication.

Kris Jenner, where you at?