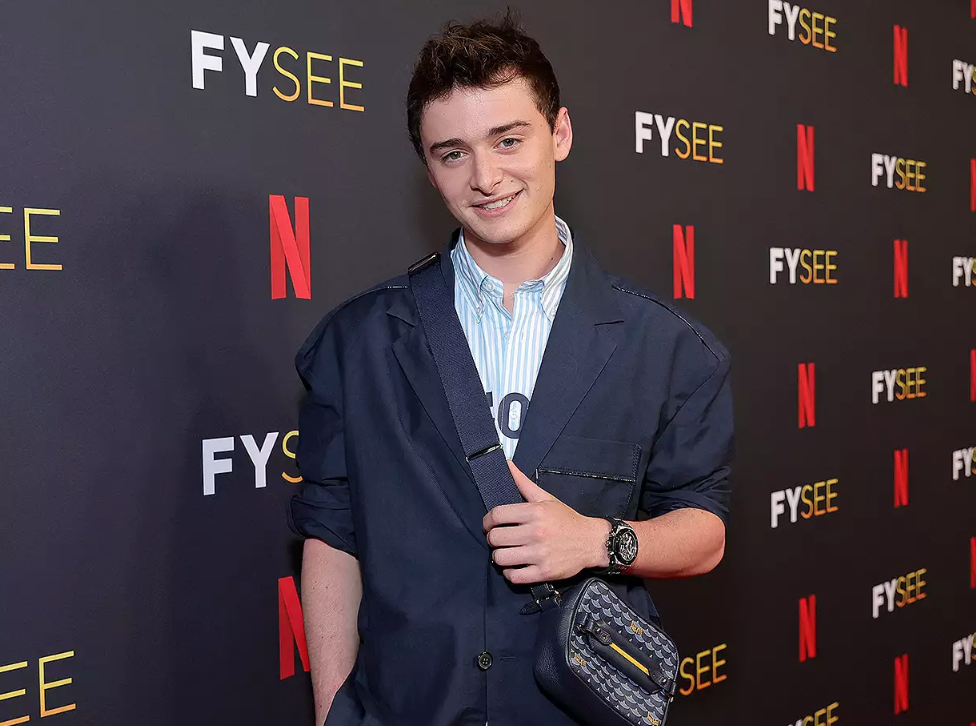 ‘Stranger Things’ Star Noah Schnapp Surprises No One, Comes Out As Gay It finally happened. ‘Stranger Things‘ star Noah Schnapp has come out as gay. It’s not exactly shocking news. If you’ve followed his TikTok or watched him in interviews, it was pretty apparent he wasn’t straight. And we have a feeling even the writers of ‘Stranger Things‘ knew, given the recent storyline for his character Will Byers.

The 18-year-old actor came out on his TikTok account. In the clip, the actor lip-synced to an audio clip which said, “You know what it never was? That serious. It was never that serious. Quite frankly, will never be that serious.”

And over the video, Schnapp wrote:

He also captioned the video by writing, “I guess I’m more similar to Will than I thought.”

It’s great that he’s finally accepting this about himself. I’m sure it was difficult trying to navigate life as a famous teenager while also having these confusing feelings. In a lot of ways, his character on the show may have helped him figure things out.

@noahschnappI guess I’m more similar to will than I thought

In fact, his character may have helped a lot of people. Back in July, he talked with Variety about how beautiful Will’s storyline is and how it’s impacted fans from all over the world.

I think it is done so beautifully, because it’s so easy to make a character just like all of a sudden be gay. People have come up to me — I was just in Paris and this, like, 40-year-old man came up to me and he was like, ‘Wow, this Will character made me feel so good. And I related to it so much. That is exactly who I was when I was a kid.’ That just made me so happy to hear.

We’ll see if this final season of Stranger Things continues to address it.