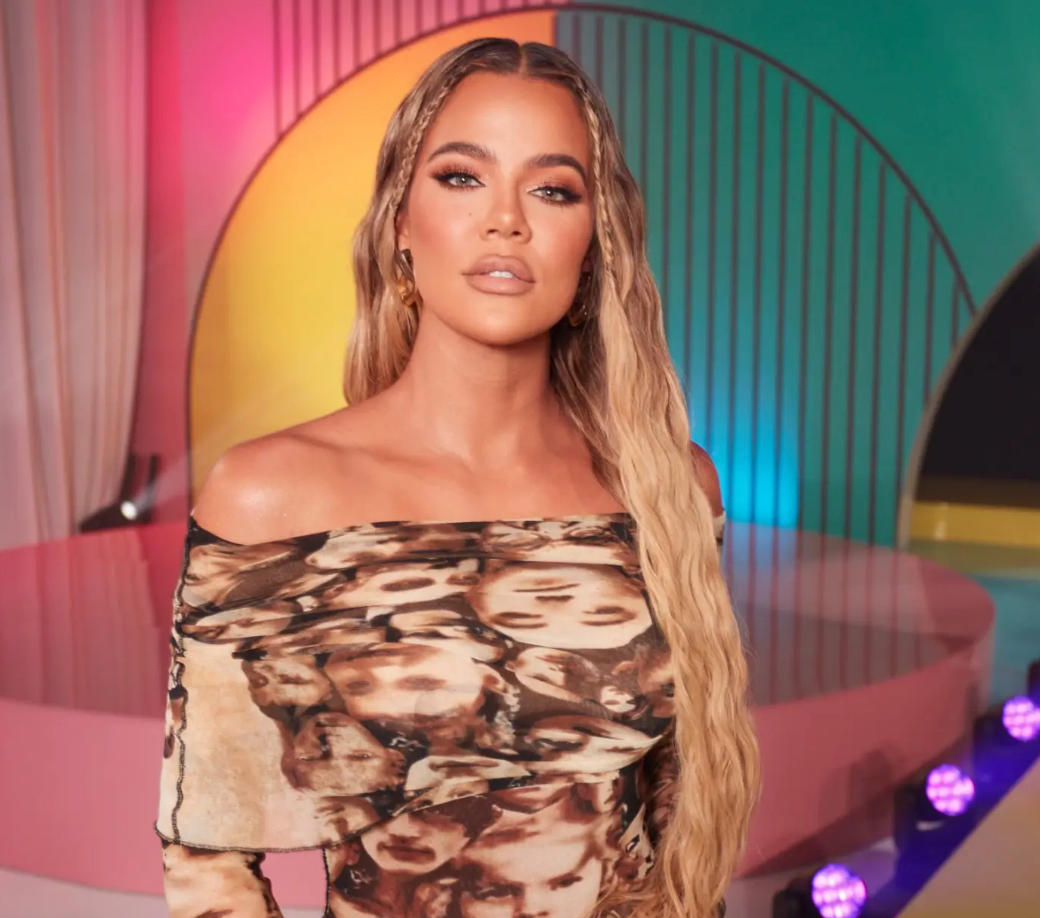 The Kardashians and plastic surgery rumors? WHAAAT? NO WAY! Fans of Khloe Kardashian have been calling out the reality television star on Instagram this past week.

It all started after Khloe posted a workout video highlighting her big ol’ booty. Some of her fans noticed that her butt looked a little strange in the clip. It kinda looks like you can see a clear line between where her regular butt ends and her “fake butt” begins.

One user wrote, “omg u can see her implants when stretching. A 2nd layer of her bum on top of her bum.”

Another person commented, “Yea I see it too. Something in her butt. Like something extra.”

There were dozens of these comments. One person claimed Khloe had fat injections and not implants, which is usually what the celebs do. They typically get fat injected into their bum. Implants aren’t as popular these days.

In any event, the speculation was so hot that Khloe felt the need to respond. She commented, “lol silly goose. It’s the seam design of the leggings. that’s so funny ha! You guys just want to believe anything bad.” 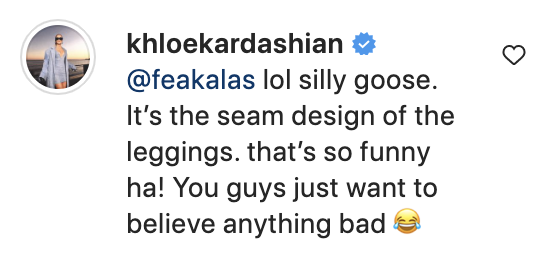 I don’t know, man. If someone starts their sentence with “silly goose,” I automatically think they’re hiding something. It’s too friendly, you know? Too whimsical for me, like she’s trying to come across chill about the whole thing.

One thing’s for sure, she didn’t convince the skeptics. One fan responded to her comment:

Naaaa stop it !!! It’s not any seam, it’s clearly another layer of something else. It’s totally cool it’s her body as long as she’s happy.

The Kardashians have never really been open about their plastic surgery. They’ll sometimes admit to some sort of botox or lip fillers, but they deny having anything major done, which is a bit silly. There’s no way their bodies are natural. I mean, sh*t, plastic surgeons have come up with packages to give people the Kardashian look… BECAUSE YOU CAN’T ACHIEVE IT NATURALLY!

They’ll never admit it though.