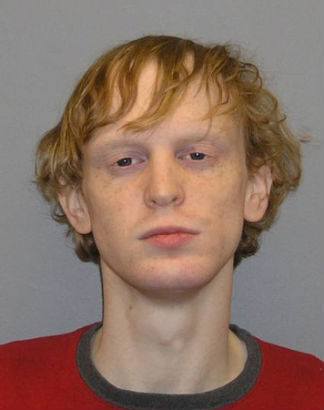 “Train Req” The Miley Cyrus Hacker, Goes Down for his Internet Crimes!

The Miley Cyrus Hacking incident is no joke and it’s sort of sad because an intelligent kid was the pawn in all of this.  Josh Holly, who is only 21 years old, took the fall big time.

In a Nahsville, TN courtroom he admitted to having 200 stolen credit card numbers and device fraud.

It all started when Josh used his computer skills to Hack into Celebrity Myspace accounts.  A cellphone ring tones company paid him over $100,000 so that people who visited these sites would receive spam mail from celebrities.

Imagine that – you are a kid and you get $100,000 for getting a website to send out ringtone offers.

Josh is looking at a 13 year sentence.  Ironically enough, he was not charged with the Miley Cyrus crime.

Dude, had crazy nice computer skills.  When he was only 19, he got into Miley’s email account (messagemebaby@gmail.com) and posted pictures of her in her undies and taking a shower.  He found the flicks in her personal email.  She was only 15 at the time.  After a failed attempt to try and sell them to TMZ he decided to post them online for free.   They aren’t really that good or revealing, that’s probably why TMZ told him to go pound sand. He was able to get access to an Admin panel in Myspace where he extracted Miley’s password: Loco92.  He then decided to try it on her gmail account and voila!

When the Feds searched his computer they found a ton of other crimes, hence the 13 years of possible sentencing.

The now 21 year old was banned from the internet, and ignored this ban and surfed anyway.  Not only was he on facebook, he posted on his Wall, that he was having “strong urges’ to start hacking again.

His online names are: “TrainReq,” “Rockz” and “h4x,”.  He used celebrity accounts to send out ring tone mailings where he was paid $110,000 in nine months.  Besides facing jail time, he is also blacklisted from the “hacking” world because he ratted on his online hacking circle.

Josh, is a Train Wreck – and like I tell all those who get locked up…Don’t drop the soap homie!