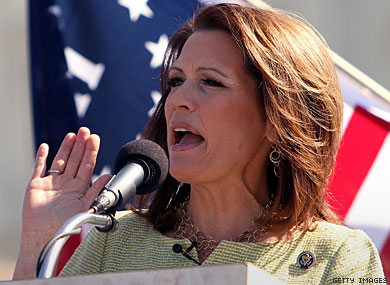 Michelle Bachmann gets apology from NBC after Questlove plays “Lying Ass Bitch” as her intro on Jimmy Fallon. Bachmann has been getting apologies but it wasn’t enough.  She wanted one from NBC and she finally received it.

She took her anger on Fox NEWS (of course):

“If that song had been played for Michelle Obama, I have no doubt that NBC would have apologized to her and likely they could have fired the drummer, at least suspended him. None of that happened from NBC. And this is clearly a form of bias on the part of the Hollywood entertainment elite, but it’s also, I think, sexism as well. This wouldn’t be tolerated if this was Michelle Obama; it shouldn’t be tolerated if it’s a conservative woman either.”

Despite his Twitterful apology, Michelle said that Questlove should be fired for picking the song.  Questlove said that it was his idea and that no one knew it was going to happen.

“The performance was a tongue-in-cheek and spur of the moment decision … The show was not aware of it and I feel bad if her feelings were hurt. That was not my intention.”

Fallon’s apology came complete with an invite back to the show,

“I’m honored that @michelebachmann was on our show yesterday and I’m so sorry about the intro mess. I really hope she comes back… it was a fun interview. She helped me with my Minnesota accent. (I still sound Irish).”

Bachmann loves Jimmy as well, evens saying that she would go back on the show.

“I don’t have anything against Jimmy Fallon. I love him, he’s a kick. It was a great opportunity to be on the show. I’d love to go back again.”

….But still nothing from NBC.    Then she received a letter from Doug Vaughan, who is the VP of late night programming.

Vaughan wrote that it was “not only unfortunate but also unacceptable,”  and he said that Questlove and “The Roots’ were severly reprimanded.

I still think she had no idea what song that was, until someone told her later.  There is no reaction to it as she walks out.  See the video below.