Urkel an abuser and a Cheater? Jaleel White’s Ex dishes the Dirt! 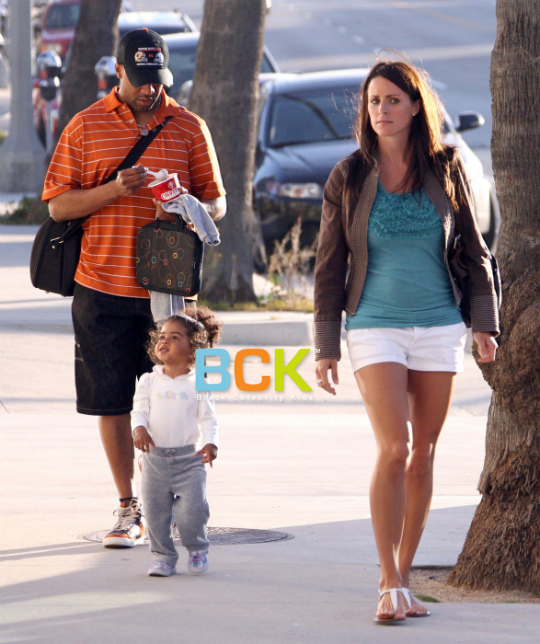 Her name is Bridget Hardy.  Call me shallow but before this story goes on, I need to see a picture.  (Ok, not too bad Urk! )  She is calling Jaleel white and abuser and a cheater.  Those are pretty stiff allegations.

Bridget is not only Jaleel’s ex, but also his baby’s mamma. They have a two year old together named Samaya.  With the recent explosion of popularity that always comes with DWTS so does dirt.  Ms. Bridget sat down with Star Magazine for a payday and revealed all that she could.

She tells Star that she pulled an Elin Nordegren(Tiger Woods Ex-Wife).  She caught Jaleel cheating from evidence that she found on his cell.  She found flirtatious messages and nude pictures of women.

It was a lot of flirting, like, ‘I’m coming to your room,’ at 4 a.m.. He hooked up with one girl in our house…he hooked up with a girl within one week of me having the baby.

DID I DOOOO THAAAT???

He Blew Up.  He hit me across the chest area. He pushed me into the toilet, and it broke. Water went everywhere, through the walls and even to the kitchen downstairs

Verbally and emotionally, he’s abusive. He told me I’m not working; I have no money; I’m white trash. None of it was true. He texted me and offered me $200,000 to leave our daughter with him and have me go and start my own family. He basically tried to pay me off. I went home screaming and said, ‘We’re done.’

Bridget went to Seattle, when she came back Jaleel changed the locks and put her stuff in storage.  This doesn’t come as that much of a shock because the two were having it out in a public spat on twitter back in 2010. 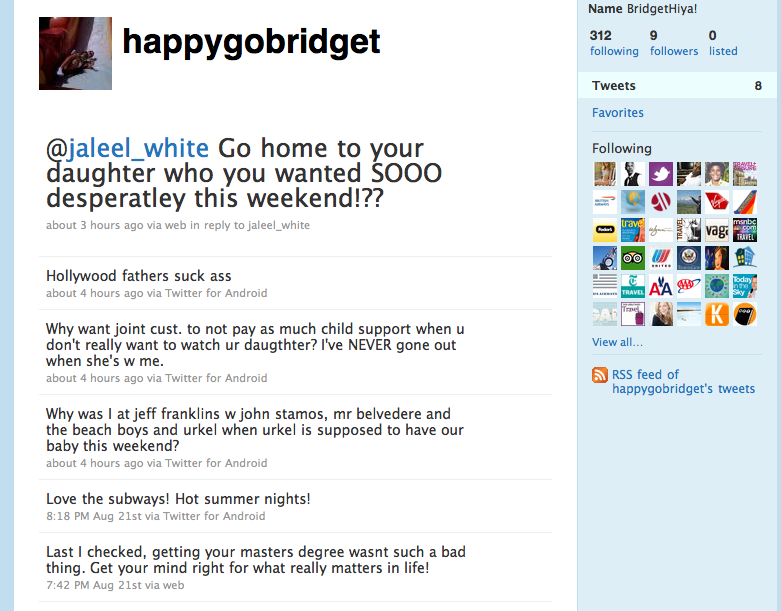 So now that Jaleel is re-swagged with Dancing With the Stars, it appears that Bridget wants some fame (and money) too! Jaleel has always denied all allegations of abuse.  So far there is no official statement from his people; but when there is we will be sure to update you on the news.