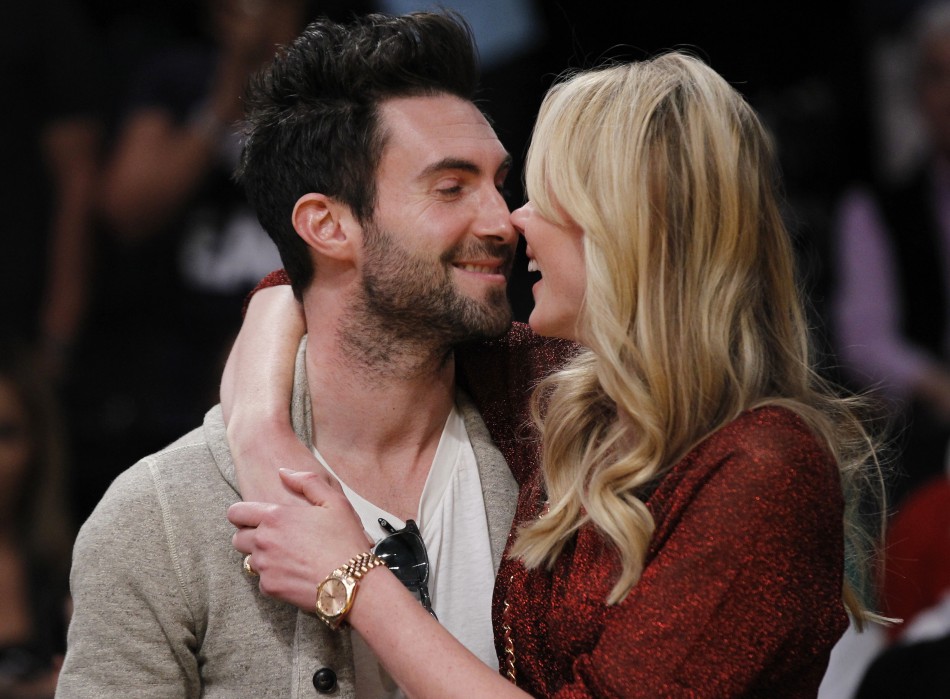 I’m sure the ladies are about to be lined up around the building.  Adam Levine and his Russian girl,  Anne Vyalitsyna have been dating for two years, and now they are both free.  Vyalitsyna was the one to release the official statement,

“Adam and I have decided to separate in an amicable and supportive manner. We still love and respect each other as friends. I wish him all the best,”

Levine met her at the Sports Illustrated swimsuit release party back in 2010, where he was hired to perform. In just two years the couple has managed to intertwine their professional relationship with their personal.  Anne V. appeared in Marron 5’s videos “Misery” and Never Gonna Leave This Bed”.    They also did a nude photo layout for the Russian version of Vogue magazine.

There were rumors that the two broke up back in January because Anne was complaining that Adam didn’t treat her well.  The claims were vehemently denied, and the rumors quickly went away.

Then Adam arrived at the Golden Globes alone and the rumors were alive again. Well, where there is smoke, there’s fire and the two are now officially splits-ville.