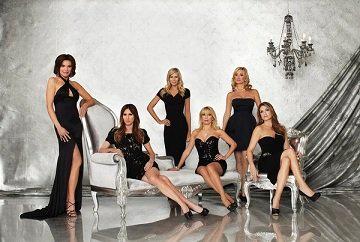 These women will be the NEW “Housewives of New York”!

Here’s the lowdown on each. Carole Radziwill
She is the widow of a Prince.  Prince Anthony who was the nephew of Jackie Kennedy Onassis.  To her own merit she was a career woman.  She was a writer for Glamour magazine as well as an ABC News producer. Aviva Drescher
She is the cousin to Fran Dresher.   She is married to Reid Dresher and has three kids.  Her foot and ankle were amputated because of a barn accident she had when she was only six years old.  The first amputee housewife ever. Heather Thomson
She used to be an A-list celebrity stylist and started her own shape wear line called Yummie Tummie.  She has two children.

BRAVO to Bravo.  Andy Cohen and his team clearly know what their doing.  They have this Housewives thing down cold and never disappoint.  In the rare instance that they do, they regroup, cut their losses and refresh.

“The Real Housewives of New York City” returns to Bravo June 4 and I’m all in.