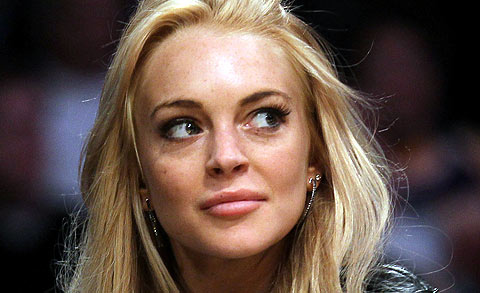 Lindsay Lohan, Another night, Another fight at the Smoke and Mirrors Night Club

It appears that Lindsay Lohan might just be auditioning for Snooki’s spot on the Jersey shore.  This is her second fight at the Smoke and Mirrors night club this month.

Lindsay was in a car with a friend who was driving.  While trying to park in the parking garage, her friend hit another car.  Lindsay, riding shotgun called her Dad up for some guidance.

Michael Lohan rolls up, says some comforting words and then takes his daughter to the club.  I’m not really sure why she went to the club with her dad, but ironically enough that’s what caused the ruckus.  Lindsay overheard some chick making a smart ass comment about being n the club with her dad and that sent her through the roof.

Lindsay rolled up to the chick and yelled, “Shut the F**K up”.

Well where I’m from, those is’ fighting words.  A glass flew at Lindsay and her father had to break things up and drag his daughter out.

This info comes on the heels of new news regarding her  fight on April 5th.  A women alleged that Lindsay pushed her but Lohan claims that she was not even there that night.  News is today, that there is a smoking gun.  Not literally but figuratively.  There are rumors that a surveillance video exits that proves that she was indeed at the Night Club the night the woman says she was pushed.   So far Lindsay’s people  have made no statements regarding this newest information (and TMZ has yet to post the video).