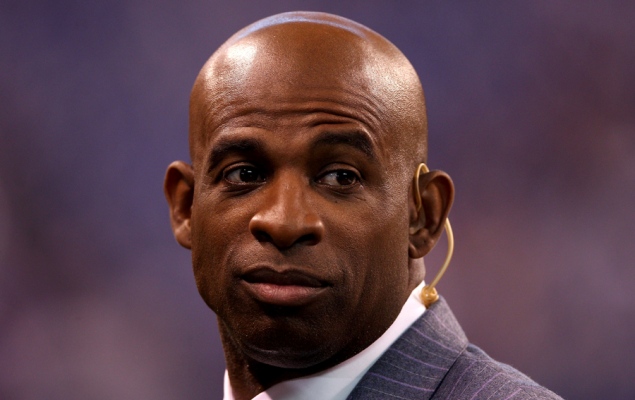 After Deion Sander’s Wife was Arrested for Domestic Violence, She files Charges of Her Own!

Now this is a little bit of role reversal.  The wife beating up the husband, or ex husband in this case.  Deion Sanders’ wife Pilar was arrested for domestic violence!  She laid hands on Deion in front of his two boys.  At 6ft 1 inches and 198 lbs I’m sure if Deion wanted to he could have easily fought back.  From the look of his tweets, he’s taking a much “holier” approach.  He took to twitter, tweeting,

“Pray for me and my kids now! They just witnessed their mother and a friend jump me in my room,” “She’s going to jail n I’m pressing charges!”

At first thought I was like, “Man, Deion Sanders sounds like a straight Beyatch”.  Then I thought, this is the adult way to handle it.  I guess the Bitchy part is the tweeting, but it continued,

“I’m sad my boys witnessed this mess but I warned the police department here that she was gone try n harm me and my boys. This is on my mama!” “Thank God for this platform to issue the Truth.” 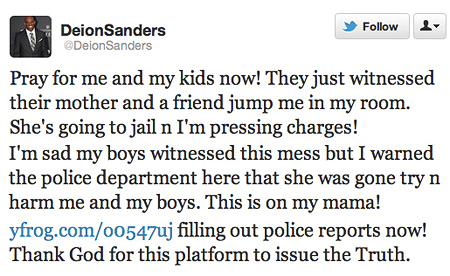 He was not lying, he called the cops and Pilar was taken away. 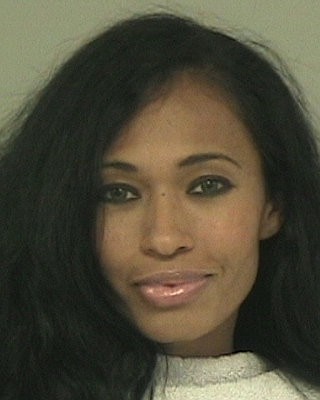 TRACEY EDMONDS? WHAT DOES SHE HAVE TO DO WITH IT

Tracey Edmonds, former wife of Baby Face, made a public appearance with Deion this week at the Broadway show “A Streetcar Named Desire”.  The two looked like they were dating but they are actually in a business deal regarding Sanders new reality show (about his post football life – Yawwwn!!).  Tracey is the executive producer so it’s only natural that the two who are working so closely together spend time together…..right?

Pilar basically said that Tracey was having relations with her husband.  Once Tracey got wind of this she responded publicly but remained on the high road,

“I am shocked to learn that Pilar Sanders is trying to drag me and my employees through her prenuptial dispute. I cannot understand why she continues to create public issues out of her private life issues and feel very sorry for their children.”

Deion filled for divorce in December but the two have been actually living in the same house. Apparently it’s so big they have their own living quarters!!

Pilar was released yesterday insisting that she was innocent and that the judicial system is biased towards her husband because he is indeed “Prime Time” and the police are star struck.   She released a teary eyed statement to the press after her release,

I’m a full-time mom, 100 percent for my children, And I just haven’t been given a fair shake.”

PILAR HAS FILED CHARGES OF HER OWN

Deion now has been charged with misdemeanor simple assault in the wake of an altercation with his estranged wife that got her arrested at their mansion in suburban Dallas.