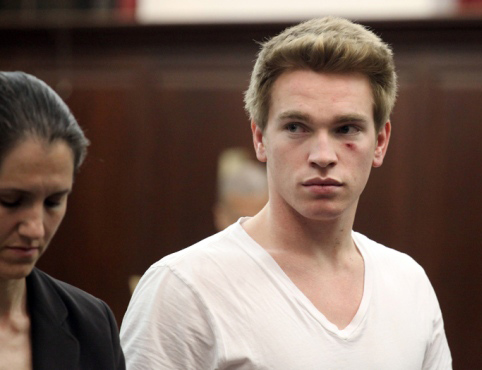 The alleged victim is a college kid named Calvin Swint. Swint swears that he and Nick are good friends despite the altercation.  According to the prosecutor Nick grabbed Swint’s balls (as in genitalia) and appeared to be jealous at the generous hand full.  He then told Swint to go out in the hallway and then sucker punched him in the face. 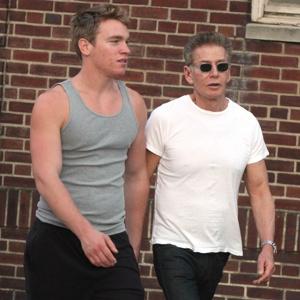 WAS GRUBER HIGH  AS A KITE?

Mind you, Gruber is rich, lives in a penthouse and has a doorman. When Swint wondered downstairs the doorman saw his bloodied eye and called the cops.  When the police showed up, Nick resisted arrest and they could see that he shoved something quickly into his underwear.  When they successfully had him subdued they revealed the stash in his tighty whities as cocaine.

He now has a list of charges to deal with which include assault, resisting arrest and criminal possession of a controlled substance. He was not held in jail, but he has to be back in court August 9th.

After everything that went down Swint tried to minimize the situation by telling the NY Post that this is not the outcome that he wanted.

“I don’t want to be involved in any of this. We’re good friends, end of story.”

“Everybody expects Nick to be somebody. He’s a great guy, he’s a funny guy — he’ll make it, he was talking about going to college. I’m absolutely not in a relationship with him. He’s like my brother, so if he was angry, I could understand why he could take it out on me. We all get depressed sometimes. I feel for him. No one else was on the balcony, just us. It happened, and then I left. I felt embarrassed . . . I’ve never been in a fight before. I went downstairs, and the doorman asked if they should call the police because my eye was bleeding . . . I’m sorry this happened.”

With all those charges I bet Gruber is sorry as well.