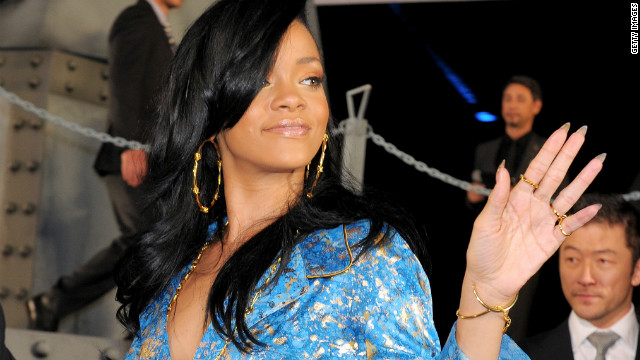 It’s like a week of records getting broken.  Adele just out sold MJ’s Thriller album in the UK, beating it so far, by 500 album sales.  This record VEVO record was set by Rihanna and her video for Where Have you Been.  All of her weed smoking, stripper club antics, tweeting and instagraming, and Chris Brown remixing has resulted in 4.9 million views or her video in just 24 hours.

The reason I’m rejoicing is because it dethrones Nicki Minaj and that stupid Hoe’s, “Stupid Hoe” video by just .1 million.  Minaj had 1.8 million views which was then the highest VEVO number.

Bieber’s released his Boyfriend video which I expect when the numbers come in, might easily take Rihanna record..however Beiber doesn’t have the mass appeal that Rihanna does.

Rihanna was notified that she was the queen of Vevo via a tweet directly from them,

“NUMBERS ARE IN! After filtering out the BS & triple-checking, @Rihanna #WHYBvideo24hrRECORD stands @ 4,937,281! Congrats!” VEVO tweeted. “@Rihanna love this s**t! Congrats to you and the Navi.”

“anybody else lovin the way @vevo tweets?”

Believe it or not Talk that Talk is Rihanna’s sixth Album!  (Bieber is still working on his second!  That Christmas crap doesn’t count).