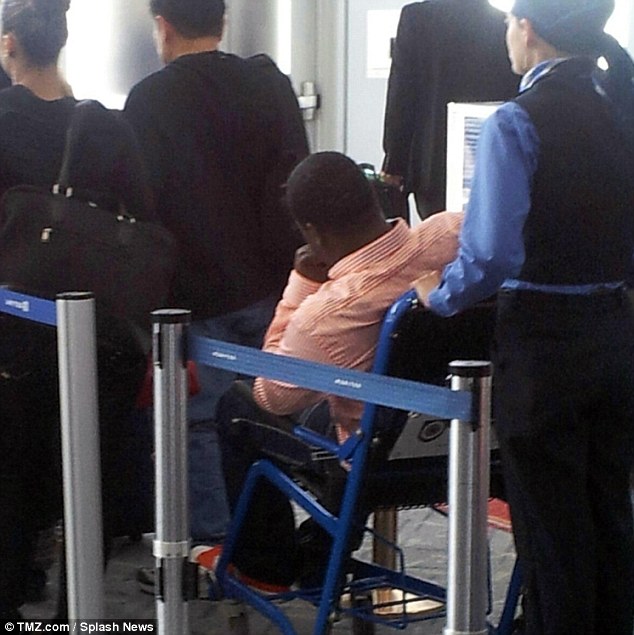 Tracy Morgan fell ill again and was rushed to a Denver hospital on Saturday forcing him to cancel his show at the Comedy Works South.  TMZ doing what TMZ does caught pictures of the 43 year old funny-man not being so funny.

He was literally being wheeled through Denver International Airport in a wheelchair.  Then they capture a photo of him slumped over looking physically exhausted.  Like a chubby college kid who stayed up and partied way to late.  He made an appearance on The View last week and appeared to be in good spirits and in good health so this has come as a shock.  The report is that he is suffering from flu-like symptoms and dehydration.

Morgan took to twitter and apologized to his fans for cancelling but after seeing these photos how can you not forgive him, the man is truly not feeling well at all.

‘Feeling a little better.. had to call in sick on Saturday. I’m sorry I had to cancel. Love you Denver. I’ll make it up to you

In January he collapsed at Sundance where he was treated for exhaustion and altitude sickness which could be the same case here as he was in Denver. 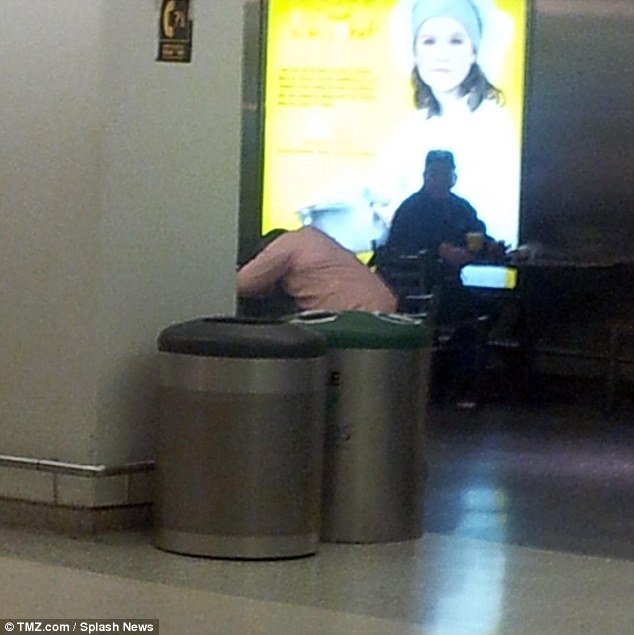 Morgan is also a diabetic and received a kidney transplant in 2010, his health has been a concern ever since.  With the unexpected death of comedian Patrice last year, let’s home T-Morg takes the right precautionary steps.  At only 43 years old, he has a lot of years left to be funny.