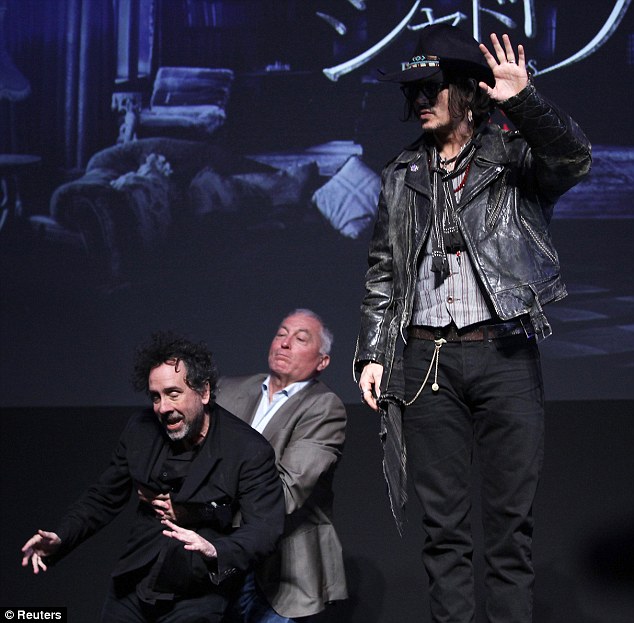 During a press release in japan, Tim Burton is waving to the audience, side by side with Depp when he steps backwards and topples off stage.  The director however doesn’t’ hit the ground because a stage handler, was there to catch him.  Literally.  This dude sprints to Burton and catches him right when he steps off the stage, it’s truly impressive.  Not as impressive however as the Avenger’s’ reign at the box office.

This is a block buster year and movie release dates are becoming more important than the movie quality itself.  The unpredicted mega success of the Avengers is creating unpredicted failures.  Don’t forget last week as The Avengers left poor Miley Cyrus and Demi Moore’s coming of age film “LOL” pulling in less then $50,000. <= That’s not a typo.  Jason Stathom’s movie was released and no one even noticed.  The Avengers’ success might just take us right into the Dark Knight release.  This might seriously drive studios to re-look and re-plan release dates.