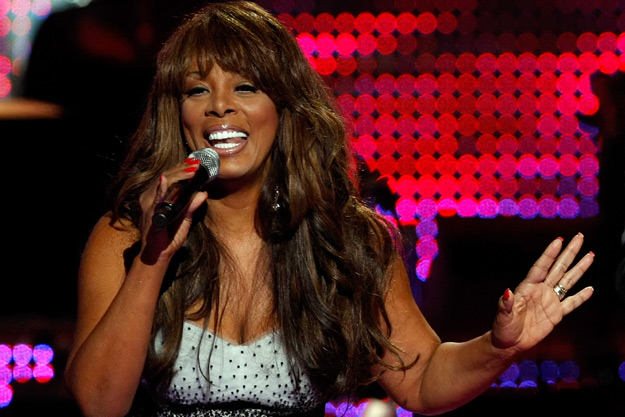 At Age 63, Donna Summers Loses her Fight With Cancer [video]

She was a certified legend, queen of the disco era.  She was a five time Grammy Award Winner.  She had hits upon hits.  In fact her hits had hits.  “Bad Girls”, “Last Dance”, “Hot Stuff”  If you don’t’ remember those, then ask your parents they surely will.  True classics.

She was the only artist to have three consecutive double-LPs hit No. 1, Live and More, Bad Girls and On the Radio. She was also the first female artist with four No. 1 singles in a 13-month period.

Little was publicized about her fight with cancer, in fact many fans had no idea that she had it at all.    She was trying to finish up another album to follow up her studio release from 2008.  It still hasn’t been released what kind of cancer she was stricken with.

She leaves behind her husband Bruce Sudano and their two daughters and another daughter from her first marriage. Her family released a statement this morning,

“Early this morning, we lost Donna Summer Sudano, a woman of many gifts, the greatest being her faith.

While we grieve her passing, we are at peace celebrating her extraordinary life and her continued legacy. Words truly can’t express how much we appreciate your prayers and love for our family at this sensitive time.

MTV has a nice write up of her bio here.