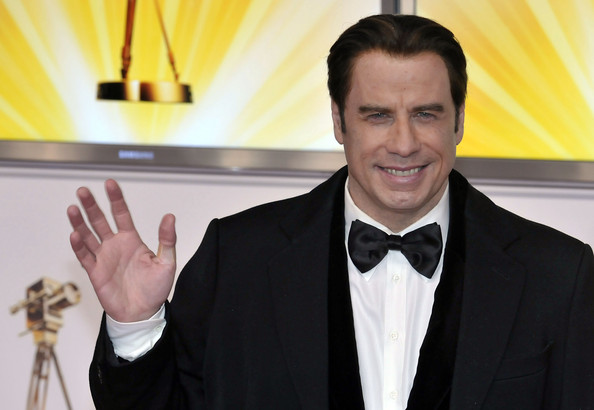 Travolta Cross Dressing Pictures Surface along with John Doe No. 2’s Claim of a $125K Payoff to Keep Quiet

Pictures have emerged of the 58 year old Travolta not only dressed in drag but complete with eyeliner and lipstick.  The pictures are rumored from a 1997 party in Los Angles.  It was reported today that this was the last straw for Travolta’s wife Kelly. She has moved out of their home.  I’m still not sure how true this is however the source claims,

‘Kelly told me their marriage is over and made it clear that she’s no longer living in the family home.

‘She’s put up with John’s double life for decades while his behavior remained in the shadows.

‘But all this coming out in public has humiliated her. Kelly is absolutely destroyed.’

This isn’t the first time that we have seen Travolta showing a little leg.  In 2007 he did hairspray in which he also dressed as a women.  And it’s not really clear where the photos were from and why they were taken. 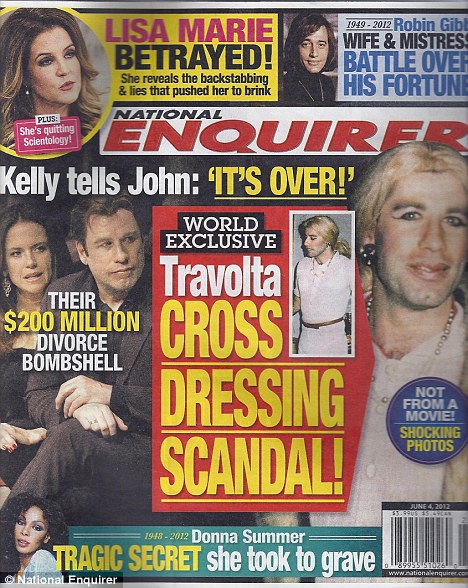 It seems like all the news with this has been coming in twos.  Along with the news of the Drag pictures comes the story of the pay off money.  One of the accusers basically is coming forward saying that he was offered $125K to keep quiet, apparently it wasn’t enough.

John Truesdale is the masseuse from Atlanta aka John Doe No. 2.  Not only did he reveal his name, there are also photos of Truesdale now all over the internet.  He’s a stocky, black belt and former army medic.  He was the 2nd accuser and the 2nd person to go with attorney Gloria Allred after firing Okorei Okorocha.  Late last week Truesdale following in the footsteps of the first accuser also withdrew his suit but for some reason felt compelled to speak out regarding hush money.

Marty Singer who is the attorney for Travolta calls the baseless claim ridiculous.

Not one penny has been paid nor do we have any intention to pay any money for these ridiculous and false claims.

Either all these dudes are crazy, or Travolta has been super careful not to leave any evidence behind.  If Truesdale was made the offer, how did it come, email, phone call, voicemail.  Marty Singer is no slouch and he has been knocking these accusers off one by one.  So far everything is hearsay but in the gossip world 9 times out of 10, where there is smoke, there is fire.  I’m waiting for someone to come out with a silver bullet, until then JT is purely a victim.