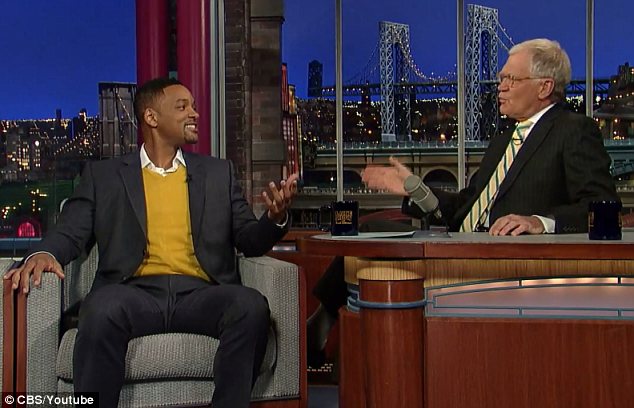 After the run in this weekend with the Ukranian jokester who tried to kiss him during his Men In Black 3 promotion in Moscow, Will Smith joked about the incident on his appearance on Letterman.  Letterman wasted no time in asking him about the incident.   He says,

“You beat up a guy who was trying to hug you”.

Will Smith explained exactly what happened,

Smith then goes on to say that the sponsors apologized,

The jokester goes by the name of Vitalii Sediuk who is now getting his 15 minutes of fame.  He released a video apologizing stunt saying,

I apologize for my behavior, I think it was too much.  I don’t kiss every man or women when I see them in the street.

He then promised that if he saw Will Smith again, he would give Smith a handshake.

I think this incident couldn’t have come at a better time for Smith.  It’s difficult to release a movie these days when The Hunger Games and The Avengers are redefining what a successful premier actually means.  Men In Black 3 might have hit it right from a timing perspective with all the juice sucked out of The Avengers and Memorial Day just begging for people to hit the theaters.

When asked about the actual film, Smith seemed very satisfied with the 3rd installment of the franchise,

“The fun of [this film] is trying to make it new but not so new that it don’t match, We had to be able to create something that was brand-new, that stands on its own, and it’s been 10 years since the first movie, so there were a lot of things working against it. But it’s the first time it’s in 3-D — my ears are in 3-D for the first time, I’m very happy with it.”