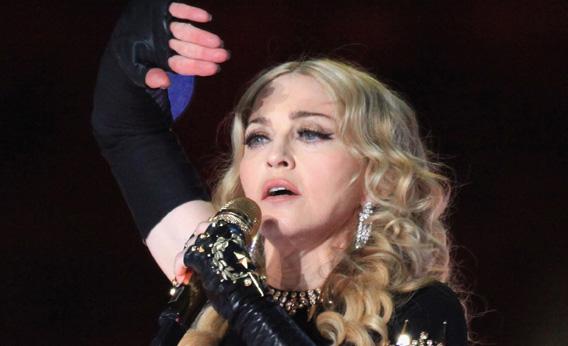 Ouch! Madonna’s Producer says Her album Tanked Because Best Songs were Given to Chris Brown

Yikes.  That’s the problem with the internet, once you say something, you can’t take it back.

William Orbit, like a 16 year old high schooler got way to lippy on facebook.  He let fans get him riled up about Madonna’s album suffering from weak sales.  And like an angry high schooler he decided to explain why he thought MDNA was a flop.  He cited 2 main reasons:

‘We were very pushed for time due to… various pressing commitment that took up the artist’s limited time such as perfume ranges and teen fashion contests and other such endeavors.’

‘We had songs lined up that were breathtaking, you’ll hear some of them on Chris Brown’s new album, Kreayshawn’s (INCREDIBLE) new album and my own, recently completed Strange Cargo album.

‘Most of them, I believe, destined to become classics (let me know in a couple of months whether you concur with that).

‘All of us fully committed to putting ourselves through extraordinary efforts to make MDNA the greatest album of the year, but alas the time wasn’t there.’

Now that’s a whole bunch of excuses if you ask me.  Basically he thought they could put out a bunch of bulls**t and people would buy it just like Niki Minaj and all this other crap that’s out there.

He’s got to remember it’s Madonna, an older audience that actually has taste.  Even if the songs work for Chris Brown doesn’t mean that they would have worked for Madonna.  Breezi has a cult following of fans that will buy any crap that he spits on.

Just days later the 55 year old Orbit came to his senses…alas it was too late.  He took to twitter this time,

‘The MDNA comments. I should not have said them publicly. I see that and I regret that I said online. Not fair to M.’

How bad were sales of Madonna’s MDNA

That’s the issue.  It was the biggest sales drop for a number one album since they started tracking that stat.  Partly because the week 1 sales were over inflated because they counted copies of the CD’s that were given with concert ticket sales.

Brown’s CD will release on July 3rd.  I’m sure it will do well.  Orbit has to be careful that his comments don’t open him up to some kind of frivolous law suit.