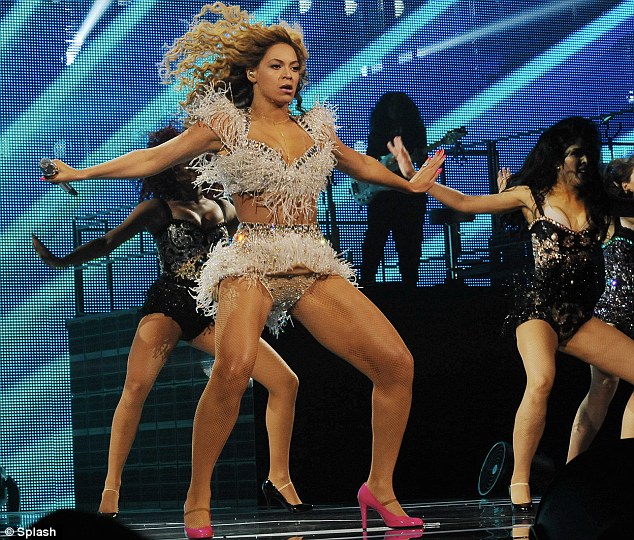 Beyonce’s Reveals Exclusive Concert Footage Along with How Much Weight She Lost! [video]

For those of us who actually believe that Beyonce was indeed pregnant, she revealed to her audience during her concert that she lost a total of 60 lbs.

She just finished the 2nd night of her Atlantic City comeback shows where she is due to perform two more times.  Not only did Jay-Z, her hubby make it back from his tour in London to see her performance, but she also performed in front of first lady and huge fan Michelle Obama and daughters Malia and Sasha.

During her performance Beyonce told the audience that dropping the baby weight was not easy,

Granted she worked hard, but she had Macro Borges (personal trainer to the stars) living with her!  I just have to shout out to the regular moms I see in the my gym, EATING LETTUCE, and using the broken down treadmills while being gawked at by middle aged, beer bellied men, and judged by 22 year old beyatches who think they will never get fat.  That’s puttin’ in work.

She also told the audience that she is going to splurge after the concert,

After her performance Jay-Z tweeted,

‘I’m gonna say this and then I’m gonna end mine. BEYONCE is the best performer in the world. Period.’

By all reports the 5500 fans packed that packed Ovation hall as well as critics alike agree with Jay-Z.  If  you think that getting chocolate wasted will ruin her figure think twice.  A Beyonce concert is quite the workout.  I think she can afford the calories.

You can see 90 seconds of her performance below.