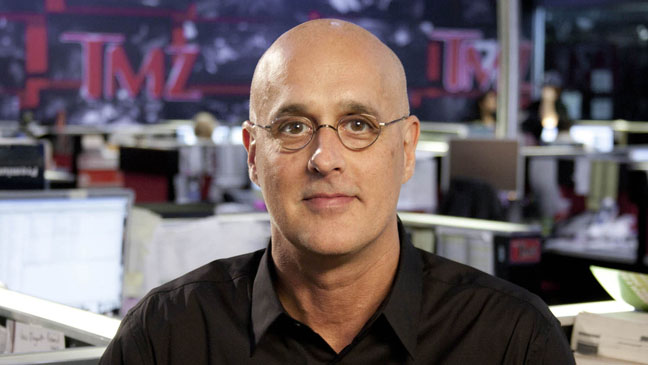 Co-Founder of TMZ, Jim Paratore is Dead at Age 58.

Jim Paratore, the man behind some of the best shows on modern TV has died.  At just age 58 Paratore suffered a heart attack while cycling in France!

I’m sure there are a ton of people who have no idea who Jim Paratore is; basically he’s like the Sherwood Charles Schwartz of our time.  WHO THE F**K IS THAT.

Ok two people you don’t know.  How about this, Paratore played major roles in creating and launching “The Ellen Degeneres Show”, “The Rosie O’Donnell Show” & “The Bachelor”.

Not enough hits for you…how about “The People’s Court”, “Extra” and he co-founded TMZ.

I thought that would get your attention.

TMZ stands for Thirty mile zone.  It basically represents a 30 mile radius centered at West Beverly Boulevard and North La Cinega Boulverd.  Any filming in this zone was considered local, anything outside of that area, mileage and travel time could be charged.  Hence TMZ was born.  Paratore took pride in always getting the story right.  Whether you like it or not, TMZ is everywhere celebrity gossip is.

Paratore was a young 58 when he died.  Many people owe their careers to this man who was a hidden star behind the scenes.  He is survived by his wife and daughter.  Definitely an inspiration for me and what TV Smack talk does and stands for.  RIP Jim. Your contributions are not lost on this webmaster.