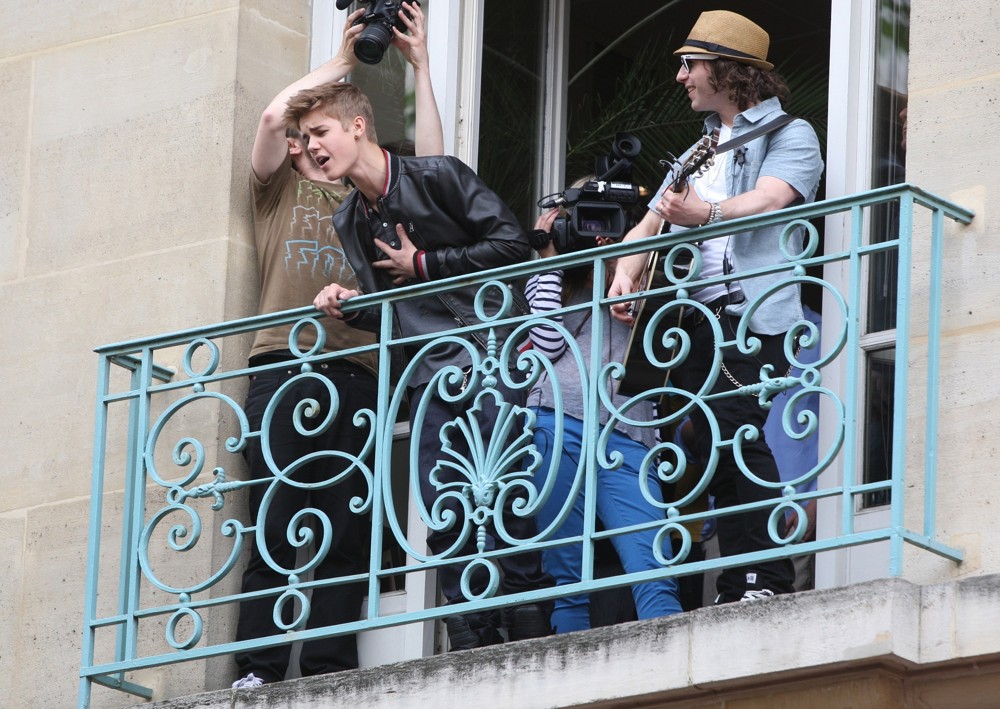 Justin Bieber Puts on a Surprise Mini Concert From a Paris Balcony. [video]

This is exactly why “The Bieb” grows on me.  After his surprise concert in Norway, Justin Bieber did a mini concert from the balcony of his hotel room in France.  Now that’s gangsta!

WHEN THE BIEB TALKS….FANS LISTEN
Justin hit his twitter followers and told them when and where,

“PARIS! 20-22, rue des Fosses Saint-Jacques. 1:30 today will be #withDanKanter singing on the balcony! come sing with me!”

Mind you, this is not in Canada where he’s from or the US.  This is in Paris, France.  Where they speak French!!  He had people waiting overnight!!

From the balcony of the Universal Music office he grabbed a megaphone and spoke to a crowd that had gathered and had been waiting for hours.  As promised, Dan Kanter got on his guitar and The Bieb did “Boyfriend” and “Baby”.  I’m not sure how he did the Justin Timberlake-esque rapping part of Boyfriend but I’m sure the fans were not disappointed.

This just a day after Justin Bieber ran into a wall of glass backstage at a concert which knocked him out.  After he woke up, he still went and finished the concert.

Say what you like, but he gives it to the fans.  I’m slowly becoming a Belieber.