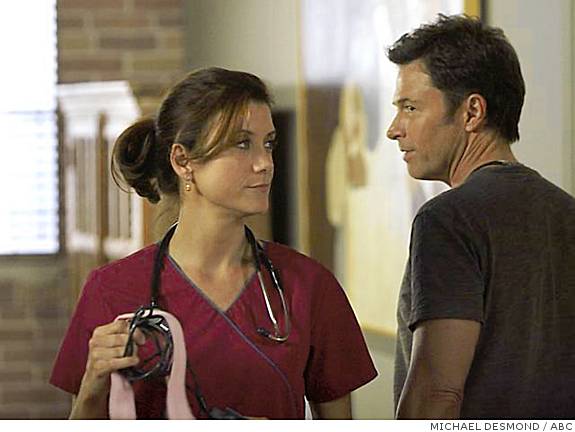 Kate Walsh and Tim Daly Are both Leaving Private Practice, One Quits and One gets Fired

The shows sixth season will be her last.  That leaves her with just 13 episodes left.

She was ready to leave last season but ABC did what they needed to do to keep her around. Can we say “$$intense$$ negotiations”.  If you remember, her character was in the airport headed off to TV never land.  In fact the show was written as a finale, just to everyone’s surprise, it was back.  So far it’s not clear whether the show will continue or not, because it was built around Walsh’s character, however there are now more than enough story lines and deep characters to continue the series.

Tim Daly who plays Peter Wilder will also not be returning.  He informed fans via twitter that he will not be appearing on the show.  Not even on the last 13 episodes.

He hit twitter to tell his fans that it was over.

“Wonderful fans of PPP. Shonda informed my agent today that Pete wont be returning for season 6. It was a great 5 yrs. R.I.P. Pete Wilder.”

Rhimes has not yet made any public comments on either characters  departure.

I’m not sure if Pete and Rhimes had a good relationship or not but when Lexie and Teddy left the show Rhimes left a heartfelt statement for Tim Daly….nothing.  Now with her new show “Scandal” Shonda has 3 hit one hour shows, she can definitely end one. Time for Taye Diggs and friends to get their resumes updated.