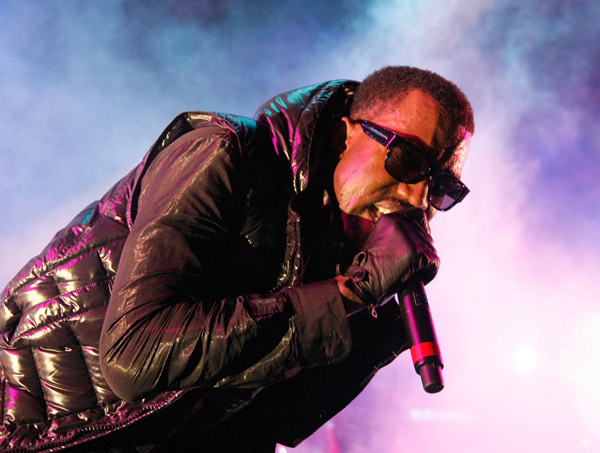 Kanye was caught on tape going into a rant in the middle of a live concert.  Imagine that, Kanye West “ranting”?  The difference this time, he actually had a legitimate reason.   I actually agree with him.

The footage was taken during his performance of “Flashing Lights”.  The Dynamic duo, Jay-Z and Kanye West were actually N*ggas in Paris.  They were performing in the City of Lights.

WHY DID KANYE LOSE IT ON THE FAN?

During the song “Flashing Lights” someone in the audience thought it would be cool to use a laser pointer and put on their own mini light performance. Kanye warned the concert goer briefly and somewhat politely while the intro was playing.  Over the music you can hear Kanye saying,

Don’t f*ck with the lasers back there.  You f**kin with everybody’s show.  Chill.

That wasn’t good enough and Mr. laser Pointer thought he was funny, so Kanye had to give a much more convincing warning and elicit help from the audience, Kanye style,

“You see this guy right here with the green laser? Don’t f**k with everybody’s show. This is not a f**king game.  You’re going to get f**ked up and kicked out, I don’t want that s**t. So chill the f**k out.”

At that point I’m sure the would be laser pointer swiftly once he got the audience’s attention.  Concert goers pay way too much for tickets to have their experience ruined by some idiot.

Well done Kanye.  (Hey, I’m on his side.  There’s a first time for everything).