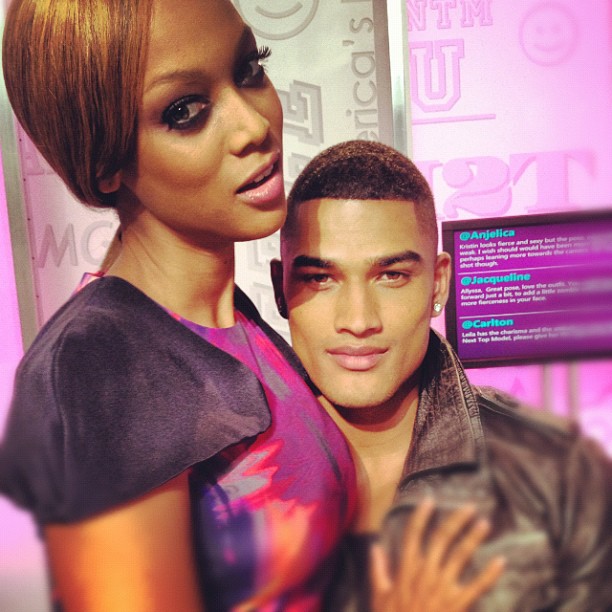 Is Tyra Banks Getting Her Groove back? Is She Dating Next Top Models New Judge Robert Evans?

Last month I announced that Tyra Banks had three new judges for America’s Next Top Model.  Amongst them was a boxer who turned model, named Robert Evans.  Well, it appears that he might be doing double duty for Tyra.  Rumor has it that the two have been dating for over a month now.

According to Radaronline the two were seen cozied up together in LA where Evans picked up the check and he and Tyra both went upstairs to the same hotel room.  A source who spotted them said,

‘He put his arm around her as they walked to the elevator.’

A couple of days later they were caught together again having brunch in Newport Beach and Tyra even took a pic of herself with Evans and tweeted,

Tyra is definitely getting her groove back.  She is 14 years older than Evans.  I have my suspicions that it could easily be for publicity as ratings of her show have reached and all time low.  Tyra’s twitter has yet to address any of the dating allegations.  If they were false, she could easily put an end to all the speculation with 140 characters or less, and then the free publicity for America’s Next Top Model would stop.  Why would she ever do that?  If it’s true, I say Kudos to her and him as well.