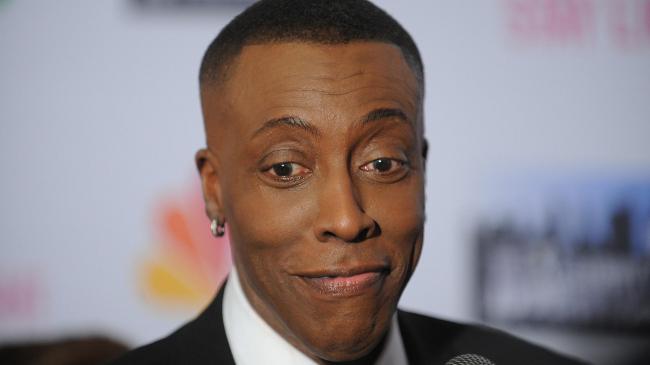 It’s not too early to start your fist pumping. Woot woot woot.  That’s right Arsenio Hall has officially landed his own talk show.  It appears that his move to do the Apprentice has paid off.  Eat that Aubrey O’ Day!!

Hall will pick up where he left off with CBS, who oversaw his previous syndicated show that aired back in 1989 and ran through 1994.  CBSTVD president John Nogawski made the announcement today stating why he and CBS thought that the tie was right for Arsenio to have another show,

“We’re excited to welcome Arsenio back to the family and partnering on his new, late-night syndicated talk show,”

Arsenio had a substantial following with his previous late-night show, and that same 18-34 audience is now right in the middle of the late-night core audience of 35-54. Years ago, he transcended time periods and attracted a crossover audience while bringing a fresh perspective to late night. That same need in the market exists today as when we originally launched. We are looking forward to the same success with Arsenio’s seasoned expertise and appeal in this genre

If you thought nobody cared about Arsenio, think again.  CBS has been able to sell the show in the top 10 markets and 17 of the top 20.  That will cover 52 percent of the entire country.  It will show in LA at 11 P.M and Chicago at 10 P.M.

Arsenio couldn’t be happier, he is more then ready to hit the ground running.  Hall says,

“It’s an amazing feeling to be going home to my old friends and colleagues and firing up our ‘Night Thing,’ Let’s get busy … again!”

After his win on the 5th Season of Celebrity Apprentice, Hall begin campaigning for a new show.  After being declared the winner, he went on the daytime talk show circuit and was not shy about wanting to get back into the talk show game, reiterating it on The View, Wendy Williams’ Show and telling anyone who would listen….and it worked.

The World of late night isn’t exactly what it sued to be.  Hall appeared  a lot less edgy, was campy and came off a little like a p***y at times during celebrity apprentice.  I knew you wills say that it makes him genuine, and that’s great.  It seemed to work, but will that work every night.

The late night audience is a hard nut to crack.  Steve Harvey will be tackling the daytime audience which I think there is plenty of room as no one has filled the Oprah void just yet and Ellen is reigning supreme.  With Letterman, Leno, Fallon, and Kimmel it’s going to be tough carving out a share of that late night audience.  In Chicago the 10 PM time slot will work well, because then he will be just competing with the news.  Either way we will be there to watch – Woot Woot Woot.