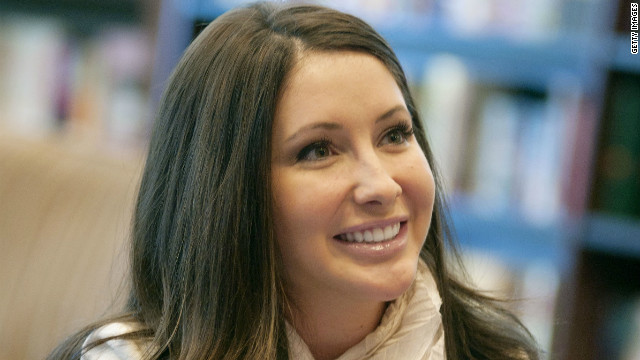 Bristol Palin: Life’s a Tripp Off To a Slow, Sucky Start! Will the Show Last?

Another failure for the Palins??  Could be.  Lifetime debuted Britol’s new show.  The one that no one cared about before, and apparently no one cares about now.  It came on right after Dance Moms on Tuesday.  Dance Moms had 1.85 million viewers and a .8 rating at 9:00 PM, that number plummeted to 726,000 and .2 for Bristol who’s show premiered at 10:00 PM.

In comparison her mom’s “Sara Palin Alaska” had 4.96 million viewers.  That was back in 2010 when the US was still romanced with the Palin’s.  That seems like decades ago and the romance has since faded.

Lifetime’s Bristol Palin: Life’s a Tripp.basically shows Bristol’s trek from Alaska to LA with her sister and 3 year old son.  In her head Bristol thinks she’s a sexy, exciting, witty and cute but in reality the show comes off like two sisters, who think they are Kardashian’s which is no different than every other self entitled teen nitwit in America.  Why watch this when I can just go for a coffee at the mall and see it all day long.

The only decent press the show has received came via a law suit by Stephen hanks.  Bristol was filming her show in a bar in West Hollywood, where they catch her encounter with Hanks.  Bristol is riding a mechanical bull and  Hanks is seen yelling,

“Your mother’s a whore”

Bristol immaturely retaliates with a homophobic tirade.  The entire thing was caught on camera and probably the most exciting thing in her life and most definitely one of the most exciting thing in the show.  They used this footage in the promo.  When Hanks discovered his likeness was being used he filed lawsuit basically saying that he never gave permission for them to use the footage of him.

MY REVIEW OF THE SHOW?

I’m convinced that Bristol’s anti gay remarks about Obama on her blog a while back was just to boost her presence as the show was being taped at that time.  That was the first time I thought she was an idiot.  5 minutes into her show, it’s confirmed, she’s an idiot and then you want to kill yourself.  Personally I couldn’t stomach it enough to write one of my full blown reviews so let’s steal one from the Washington Post

Even if you have a lasting grudge against all things Palin, there’s no payoff here. It’s a new low for anyone who makes the mistake of watching.”

“Life’s a Tripp stumbles blindly over the ghostly rubble and ruined format of what was once commonly known as a reality show,” he writes. “There are sport utility vehicles in which to ride; boutiques in which to shop; Starbuckses in which to argue. There are microphone packs clipped to waistlines and bra straps. There are staged conversations during which one idly examines one’s split ends while the other person is talking. There is the furnished Beverly Hills mansion, redolent in its Bachelorette and Simpson-Lachey decor, smelling faintly of failed enterprises, pool chlorine and compromised souls.”

I’m not sure if the show will be around much longer.  With a very weak premier it might quickly make sense for Lifetime to pull the plug and show two Golden Girl Reruns.  That will probably end up getting better ratings and save some advertising dollars.