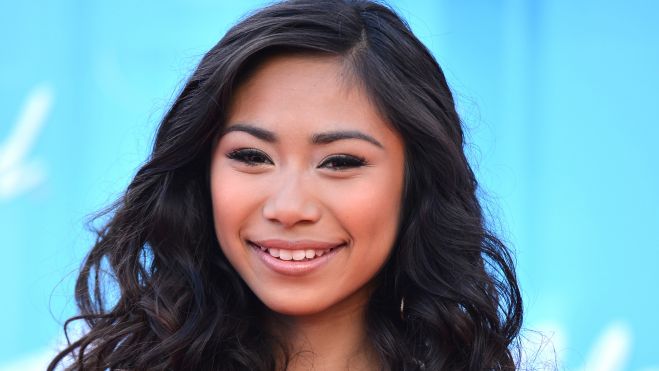 Jessica Sanchez To Star in Season 4 of Glee and Wants Eminem on Her New Album!

Again, it’s starting to prove out true, a 2nd place finish in these reality competition shows often puts you in a much better place than the actual winner.  Jessica Sanchez is starting to experience the 2nd place stardom for herself now.  After dozens of singing engagements including the National Anthem at some premiere sporting events, Jessica Sanchez has now been offered a role in Glee.

Sources say that the 16 year old is in final negotiations to star in a multi-episode role on Season 4.  Her character would be introduced midway into the season and run to the end. The mid season entry point is to allow her to finish out her Idol tour commitments.  Sanchez will be joining some big guns as Sarah Jessica Parker and Kate Hudson who have also signed multi-episode deals to be in this upcoming season.

Sanchez is also working on her first studio album.  The album will have an urban vibe to it because Sanchez says that’s more her personality.  Sanchez told MTV News,

“This is going to seem odd, but I love Eminem, because he has so much conviction and emotion in the way he raps; every word that he raps, you feel it,” And I think our talents would mesh. So, hopefully, it could happen, and I would just die if he’d collaborate with me!”

Season 4 of Glee will kick off right after X factor, set to air Thursday, Sept. 13.