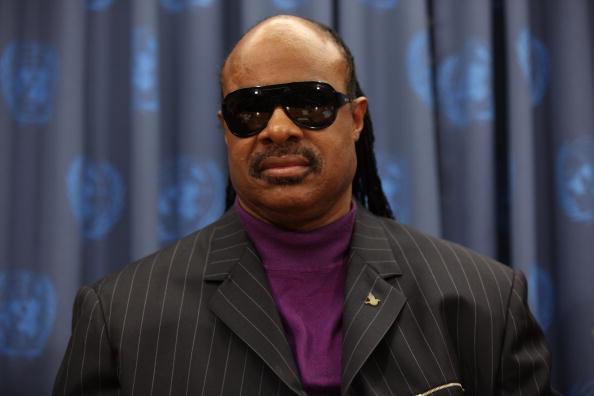 Steve Wonder’s Nephew Faces Charges after Threatening To Lie To the Media by Reporting an Incestuous Relationship between Wonder and his Mom.

This is one of those stories that flew under the radar, or at least I didn’t hear too much about it.  The legendary Stevie Wonder has a scumbag for a nephew.  His nephew Lorenzo Walker and his girlfriend Tamara Eileen Diaz face charges of felony extortion of money and other property by “means of force and threat”.

The couple, in their desperate attempt to get money from Wonder said that they had some embarrassing information about Stevie and that they would turn it over to the media if Wonder did not pay them $5 million dollars.  Shortly after, they changed their asking price to $10,000.

What was the secret?

A lie.  Walker was going to tell the media that he was Stevie Wonder’s son from an incestuous relationship with his sister.

I mean what kind of person must you be to come up with such a diabolical scheme.  There is a special place in hell for this guy.  Not only is your uncle older, and blind, but I’m sure he has done a lot for him and his mom through the years.

The entire extortion plotl was witnessed by LAPD as Wonder had 2 cops pose as his representatives during the negotiation with Walker and Diaz!  The undercovers negotiated the 2 knuckle-heads down from $5 million to $10,000.  They set up a drop point where the two, Walker and Diaz were arrested and charged.  They have been in jail ever since.

The 38 year old Walker was already on probation at the time after a judge suspended a three year prison sentence.  This time he won’t be so lucky.  I’m sure “Bubba” will teach him exactly what an incestuous relationship is.