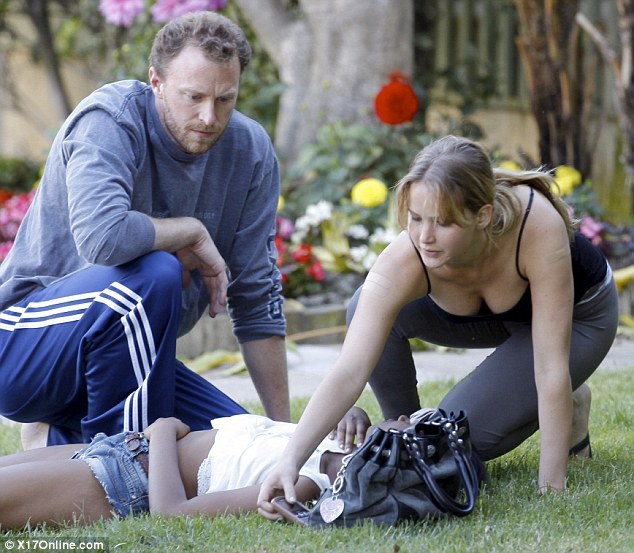 A woman Collapses and Hunger Games’ Jennifer Lawrence was there but Really Didn’t Do Much.

Another celebrity, another life saved.  It’s almost like these celebs are super heroes, Right??

Wrong.  This time it’s Jennifer Lawrence and no she wasn’t a superhero.   She did what any of us would have done in a similar situation.  The b**ch alled 911 and stood there and looked helpless.

At about 6:41 PM a 911 call was received when a woman collapsed outside Jennifer Lawrence’s Santa Monica apartment.

Sergeant Richard Lewis of the Santa Monica Police breaks it down for us,

“Miss Lawrence and several others waited beside the female until the police and paramedics arrived.  It was not serious and the female will be okay. Her name is not being released because of her age.”

Wait there has to be more right? No there really isn’t.  She’s got a sweet dog? Not only is everyone making a big deal about this, including me (I’m the one that decided to write about this today), but look how many police officers have showed up.  REALLY?  You would think there was donut powder sprinkled on top of the body.  Six officers standing trying to get a peek and Kandiss’ in her spandex and tight top, and one paramedic doing work.  Must not be a lot going on in Santa Monica. Basically the story headline should read, “Black girl in Daisy Dukes, passes out on Jennifer Lawrence’s lawn”.  That’s a lot more accurate.  Apparently the woman’s injuries were minor and she did not need to be hospitalized.