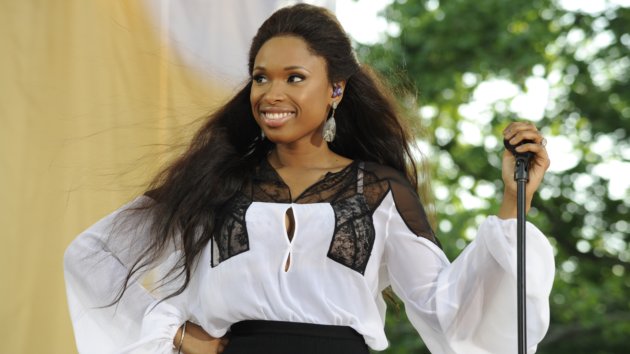 Jennifer Hudson Will Launch her New Clothing Line This September with QVC!

Jennifer Hudson has already proven herself a woman of many talents.  The 30 year old has won an Oscar, a Golden Globe and a Grammy.  She’s showed us that with a little working out, you can lose weight, and keep it off, now she’s going to show us how to dress.  Hudson has launched a new clothing line entitled….You guessed It,  “The Jennifer Hudson Collection”.

The moderately priced collection will launch this September and will include coats, tops, leggings, skirts – just about anything you can wear.  The price ranges from $50 to the most expensive piece priced at $170.  I guess moderately priced is accurate for once.

Tuesday night in The Sky Room of the New Museum in New York, Hudson gave onlookers a sneak peak at what she had to offer.  She will be launching with QVC by her side and she was beaming with pride as she unveiled some pieces from her collection.  Hudson stated,

I’m nervous and excited at the same time!

I hope the public embraces my line…it’s my baby.

I’ve been on both sides of the fence. I’ve been a big girl and now whatever this is, the average size, whatever you want to call it.

She was referring to her new size 6 figure.  I’m pretty sure that size 6 isn’t average in today’s world.  At least in the US.

Hudson’s line will launch on September 10th with a QVC network one hour premiere in which she will present key pieces of the line herself.

This was a big week for Hudson, earlier we learned that she will have a recurring role on NBC’s “Smash”.  At age 30 Hudson is worth an estimated 15 million but we expect to see that number rise quickly in the next year.