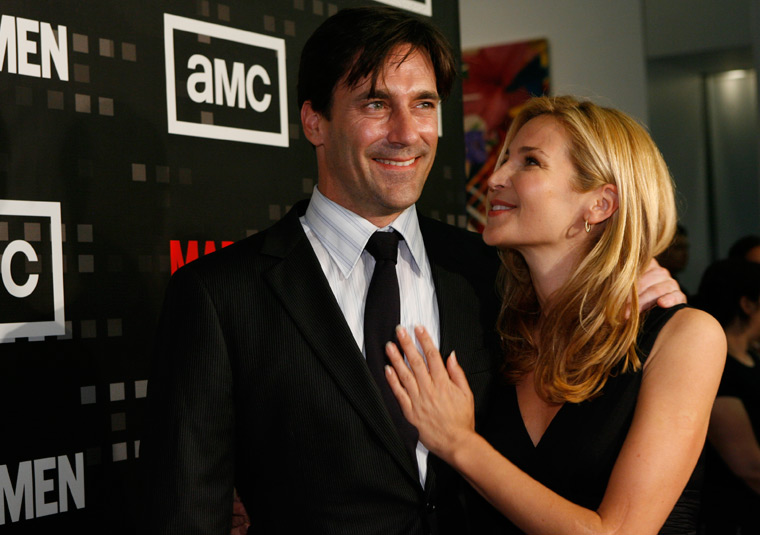 Jon Hamm best known for his portrayal as advertising exec Don Draper and his girlfriend Jennifer Westfeldt were robbed.

The two were on a business trip to promote their new independent film, “Friends with Kids”.  The couple went out to dinner when a purse snatcher came by and did exactly what purse snatchers do; snatched Westfeldt’s purse.

It gets worse…they had their hotel room keys in that purse.  The robber beat them to the hotel and cleaned them out.  As told to Life & Style,

“They were dining at a restaurant and Jennifer’s purse was snagged by someone.  That person took the hotel key in Jennifer’s purse, which had the hotel name on it, and robbed their room. They had to contact the police, it was horrible.”

Why the hell didn’t they call the hotel immediately? How could the robber beat them back to the hotel?

Rich folks! SMH!  They have no idea how a criminal thinks, they just play them on TV.

Hamm and Westfeldt’s “Friends With Kids” will star the two as well as stars Megan Fox, Adam Scott, and Kristen Wiig.