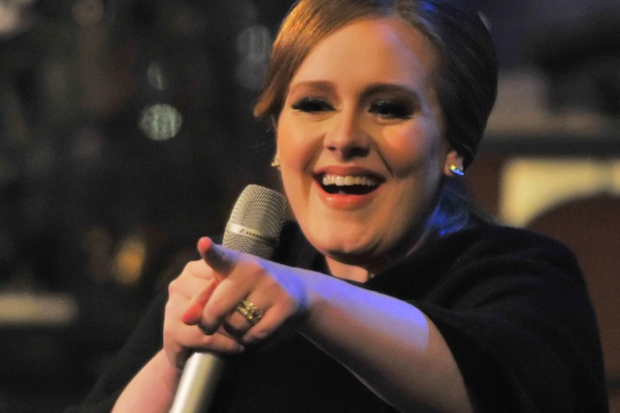 Before I address that, let’s get into the announcement…..

Adele called the paparazzi on herself by announcing her pregnancy on her own blog, www.adele.tv  In a blog posting entitled, “I’ve Got Some News” Adele wrote,

“I’m delighted to announce that Simon and I are expecting our first child together. I wanted you to hear the news direct from me, obviously we’re over the moon and very excited but please respect our privacy at this precious time. Yours always, Adele xx”

Simon? Yep – that’s the Baby’s Father.  The man who got into Adele’s golden over sized draws!!

What do we know about Simon?  Simon Konecki is a 36 year old financier.  He’s a once divorced ex-investment banker who is now CEO of Drop4Drop a charity that Adele publically supports on twitter.  Adele told her fans that if they followed Simon’s charity that she would then start tweeting, something that she never did previously.

Simon was married to fashion stylist Clary Fisher and the two have a 5 year old daughter together.

Controversy?  I say what controversy.  I get it, she’s not married and she’s a role model.  She is also worth $32 Million dollars.  If I had a daughter I would tell her simply this,

“Go earn $30 Million and you can get knocked up by some hippy loser who couldn’t hand the banking too.   When you get tired of that bum, go buy another.”

Now Adele has a reason to take some time off.  Just don’t pull a Lauren Hill and disappear without paying taxes! Congratulations to both Adele and Simon.