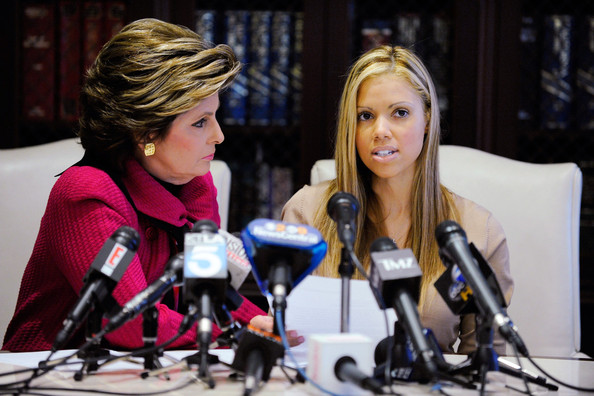 Vanessa Lopez!  Ok, first of all what does she look like?  Ok..I see what Shaq was working with.

Vanessa Lopez is suing Shaq for harassment.  She says that after she told him that she was pregnant, the harassment started with Shaq denying he was the baby’s daddy.  Things  got even worse when Lopez dumped the Big Diesel eventually turning his harassment into threats.

It is expected that Shaq will actually have to testify if this case goes to trial.  They will attempt to do mediation first as is the protocol for all civil trials in Florida.  If they can’t come to some agreement through the mediation process then we could be watching The Big Man taking the stand.  Mediation is set to take place in March 2013, less than on year away.

WHEN SHAQ MAKES A THREAT….

Lopez has some text messages that she hopes to use as evidence against Shaq and in my opinion they are downright scary.  The most convincing exchange is made from Shaquille O’Neal to a friend.

That same friend flew to Miami and texted Lopez before calling her and threatening her.

The lawsuit formally charges O’Neal with “intentional infliction of emotional distress and assault.”

Lopez is being represented by the most famous man hating attorney of all time, Gloria Allred, who has filed a motion so the trial can be televised.  An insider told Radar Onlne, that the whole trial is designed to expose Shaq

“Vanessa wants the public to know exactly what Shaq did to her and she is looking forward to the day of taking the stand and telling a jury of her peers exactly what happened, She wants him to be treated just like anyone else, it’s just about the truth, period.”

Shaq might need a new nickname when this one is over. The Media has given Shaq numerous nicknames in the past based on his surrounding circumstances which include:

The Diesel, Shaq Fu, The Big Daddy, Superman, The Big Agave, The Big Cactus, The Big Shaqtus, Shaq-attack, The Big Galactus, Wilt Champerneezy, The Big Baryshnikov, The Real Deal, The Big Shamrock, The Big Leprechaun, Shaqovic, and The Big Conductor.

What should they call him now?