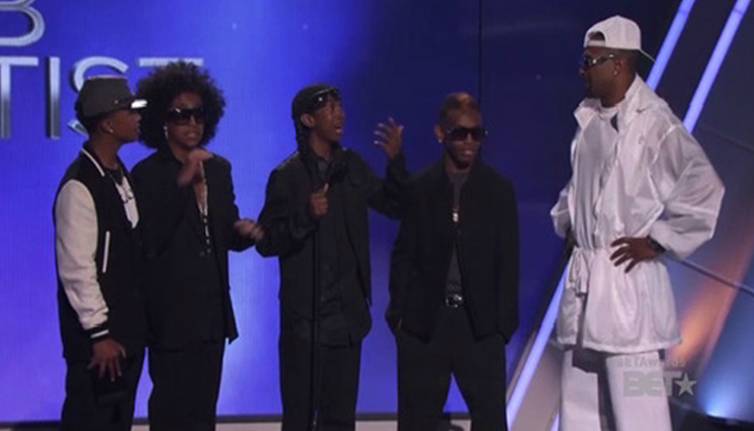 Mindless Behavior Continues to Apology for Lauryn Hill Tax Joke – No Apologies Should be Necessary.

Mindless Behavior took a lot of Heat for a joke they made about Lauryn Hill during their Shtick with Mike Epps while announcing the award for the best female R&B artist.

WHAT DID MINDLESS BEHAVIOR SAY ABOUT LAURYN HILL?

Actually the joke came via group member Ray Ray.  When the group came to the stage to make the award announcement Mike Epps was jokingly singing bad.  Ray Ray then says,

That’s it.  Everyone got bent out of shape but remember not only are these boys only kids, but they also don’t do the writing for the award show, not to mention there are rehearsals as well so everyone who was part of the show played a part in the joke.

At the end of the day, it’s a joke…..and hill didn’t pay her taxes.

Mindless Behavior apologized twice and hopefully that will be enough.

During an appearance on BET they said,

I want to apologize about the Lauryn Hill joke, I didn’t mean no harm by it. I hope everyone can forgive me. It was like a big thing on Twitter and everything, so I truly apologize. I respect Lauryn Hill and all of them like that.”

we meant no disrespect to our girl Lauryn Hill last night, it was a bad joke. we’re big fans and hope you’re not mad! #peace -MB.

Hopefully that will be enough.  It should be more than enough….and Lauryn, PAY YOUR DAMN TAXES!