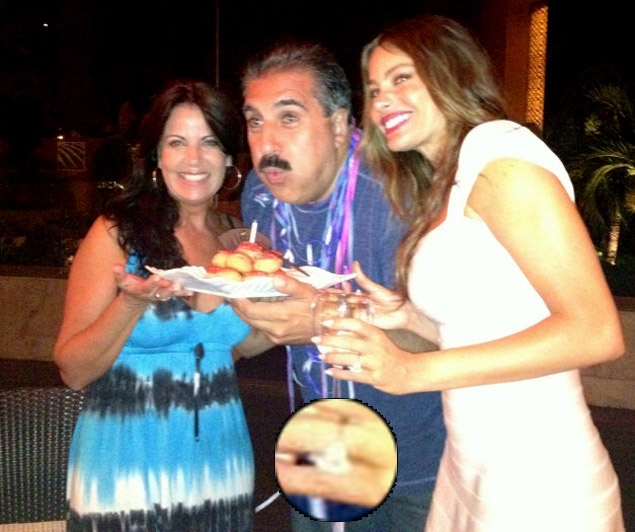 Is Sophia Vergara Really Engaged? Word From Mexico Says “NOT”!

Just when you thought that Nick Loeb was ready to make Sophia Vergara his wifey – think again.

Nick Loeb and Sofia’s relationship have swung the two gossip extremes.  They went from breaking up over allegations of drugs and hookers, to reports yesterday that he proposed.

The proposal rumors came via pictures and gossip from her 40th birthday celebration in Mexico.

They were with close friends and family; although there were no pictures off of Loeb on Bended knee, there is a pictured posted by Fernando Fiore, with Vergara rocking a little bling on her left ring finger.  To further fuel the engagement rumors, she was seen showing off the ring to friends and family.

US gossip sites took that news and ran with it.

Now we are hearing from People Magazine in Mexico, Peopleenespanol.com, reports that the two are not engaged.  Translated,

“As of today, Sofia is not engaged.”

So far there has been nothing official from the couple themselves but I suspect we will here something as soon as Sophia is done celebrating.  Today is her actual birthday.  Here is the photo of her with the ring.