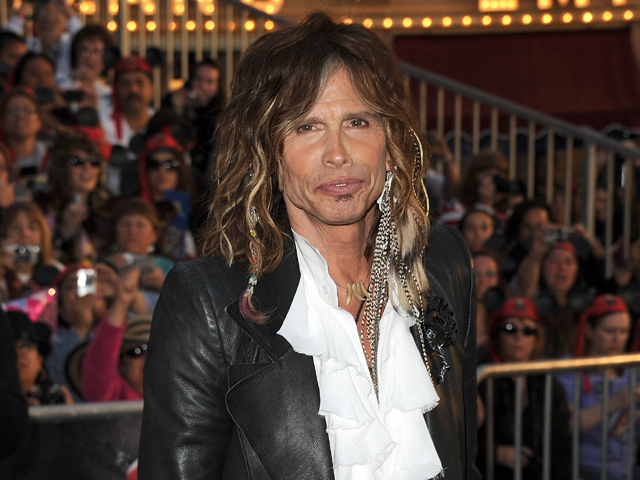 Steven Tyler is Done! He Quits American Idol After Only Two Seasons!

How about that for a shocker!  Everyone was all gassed over J-Lo’s statements yesterday on NBC’s  “The Today Show”, that she might leave “Idol’ that no one paid attention to Steven Tyler!  I’m sure that was and is part of the problem.

After just two seasons, Tyler announced that he was no longer doing Idol.  He released a statement yesterday saying,

“After some long, hard thoughts, I’ve decided it’s time for me to let go of my mistress ‘American Idol’ before she boils my rabbit,”

“I strayed from my first love, Aerosmith, and I’m back. … The next few years are going to be dedicated to kicking some serious ass.”

This really isn’t a blow for the shows creator Simon Fuller, instead he sees it as a golden opportunity.  He expressed his understanding for Tyler wanting to get back to work stating,

“I completely understand his desire to get back to his life as the singer in America’s greatest-ever rock band.”

Let’s face it, Tyler is great but when he leaves fans of the show are still sticking around.

I think Fuller would be more concerned if J-lo left because she would be much harder to replace then Tyler and she would take some fans with her.  Just yesterday she had the internet all buzzing just because she said that she was unsure if she was returning to the show in January.  Lopez told NBC’s Today Show,

“I’ve just enjoyed it so much. But I am thinking that maybe it’s time for me to go and do other things that I really love to do… but then again, I really love the show!”

As we see with “America’s Got Talent”, “The Voice” and “The X Factor” the selection of judges can and will make or break the show.  Idol has a chance to replace 1 maybe 2.  If done right it can see ratings soar or if screwed up, it could mean disaster for the franchise.  Recent discussions have been around Adam Lambert as a potential judge, which in my opinion would be a huge mistake.  I say, pay Lopez whatever she needs to stay for at least 2 more seasons and bring in another legend like Maria Carey, or a male with personality and a huge following.

I wonder what Paula is doing these days.  This could get interesting.  Stay tuned.