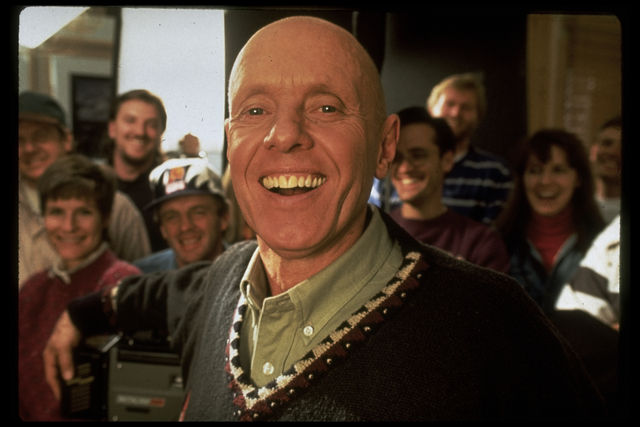 I’m sure you have read or at least seen the book, “The Seven Habits of Highly Effective People”.  It’s in virtually every bookstore and magazine shop in every airport.  The author Stephen R. Covey has passed.

He had a bicycle accident back in April and was hospitalized as a result. Complications from that accident is what finally did him in.  Back in April, the 79 year old Covey loss control of his bike on a steep road in Provo, Utah.  He was knocked unconscious although he was wearing a helmet.  At the time his publicist Debra Lund said that there was no long term damage done, releasing a statement to the press,

“He just lost control on his bike and crashed, He was wearing a helmet, which is good news”

The severity of the accident was not revealed.  He was actually hospitalized for two months with a head injury, cracked ribs and a partly collapsed lung but “never fully recovered,”

Dr. Covey passed away at 2:15 AM at Eastern Idaho Regional Medical Center surrounded by his wife and his 9 children.

His book “The 7 Habits” sold more then 25 million copies in 38 languages.

Stephen Covey was also the co founder of Frankly Covey.  You know those Franklin planners? That was that dude too.  Before PDA’s and Blackberry’s the Franklin Planner used to be the shiznit. Some old school cats still use them in business today.  Despite technology killing the planners off slowly, the company still generated $160 million in 2011.

In honor of Stephen Covey, here are the 7 Habits:

RIP Dr. Covey.  He is survived by his wife, 9 children and 54 Grandchildren.
[more…]