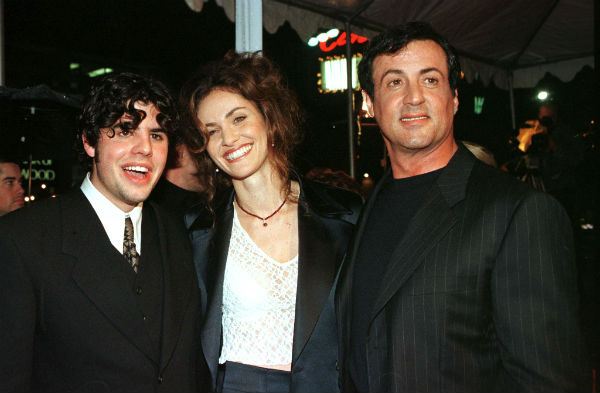 Sage Stallone Might Have Been Dealing Drugs, Deemed Too Pudgy to Be an Addict.

Well, well, well.  What do we have here?  A white powdery substance in little baggies!  Really?

It was reported first by TMZ that when authorities searched Sage Stallone’s room, that’s exactly what they found.  “Several little baggies”.  They took these baggies away to be tested and the gossip world is eagerly awaiting the results as well as the results from Sage’s toxicology reports.  When he was first found, there were reports of prescription drugs, now as more details are being released we learned that there were actually “more than 60 gigantic bottles, like the ones in pharmacies”.

It was confirmed that these bottles contained Hydrocodone which is a generic form of Vicodin.

As more information is revealed, authorities are now leading to the conclusion that there is a huge possibility that he was dealing drugs.  They have ruled out Sage being an addict because he had too much weight.  He was 5’10” and 188 pounds.  They described him as pudgy.  There is almost no such thing as a pudgy addict (weed doesn’t count).

The strange part is that authorities did not recover a single Hydrocodone tablet.  Each of those huge bottles holds at a minimum 500 pills each, which means that Sage at one time had 30,000 pills and not one single pill was found.

Sylvester Stallone is in disbelief of the entire situation.  He has hired investigator Scott Ross to perform an outside investigation to confirm all the recent findings being reported.

There has already been disputes of things that were falsely reported.  The Los Angeles coroner Ed Winter says that Sage was long living in squalor like previously reported.  He told Radaronline,

‘Sage Stallone wasn’t living in squalor. His home wasn’t unordinarily messy. It seemed to be a typical male messiness. Mr. Stallone did have a housekeeper,’

I suspect there to be a lot more of these types of contradicting details as the investigations continue.