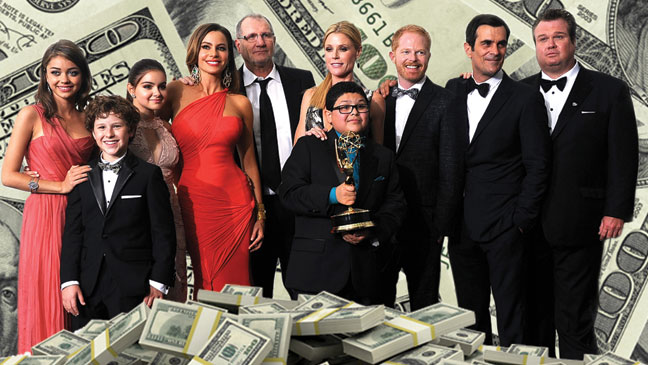 Modern Family Cast Members Settle on a Pay Raise. How Much are They Getting?

Just in case you were actually concerned that Modern Family was going to get cancelled you can relax.  There will be more Sophia Vergera and Phil Dunphy to go around.  Apparently eager to get all this over with, both sides were able to reach a deal and began production on the new season.

As can be expected the law suit filed earlier will be dropped and they will start their season on time, scheduled to air on September 26th

The biggest question now is: How much did the Cast end up Getting Paid?

The closest I could find comes from Robert Seidman from TVbythenumbers.com. He says the rumors are $150K – $200K per episode.  That is totally believable.  ABC and Fox Television are still making out like bandits.

How about a clip to get us in the mood! It’s a compilation of Gloria’s funniest miss-pronunciations.