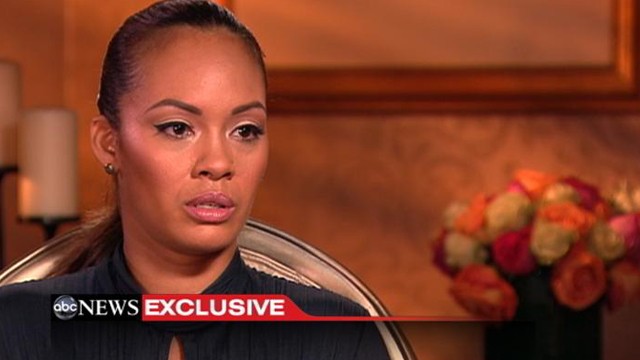 After a week from hell that saw Chad Ochocinco getting arrested, getting fired from the Miami Dolphins, losing a major Coconut Water endorsement, losing his reality show and then getting served divorced papers, both Chad and Evelyn both fell silent.  Probably the best choice they made sense getting together.

Friday Evelyn broke the silence and revealed to Nightline why she decided to divorce Chad Ochocinco and what she sees for her future.  She says walking away was super hard,

“It’s the hardest thing in the world to walk away from someone that you really love, But you have to walk away because I have to protect myself.”

“I don’t think any woman should ever have to feel like that or be fearful of her husband.”

Similar to Rihanna who expressed that she felt bad for Chris Brown on Oprah, Evelyn felt bad for Ochocinoco.  She says that he’s not a bad man, he just made a bad decision.

Basically nothing too surprising, let this be a lesson to those who meet via twitter, usually the person you find is a twit.

Here is a clip from Evelyn’s comments.