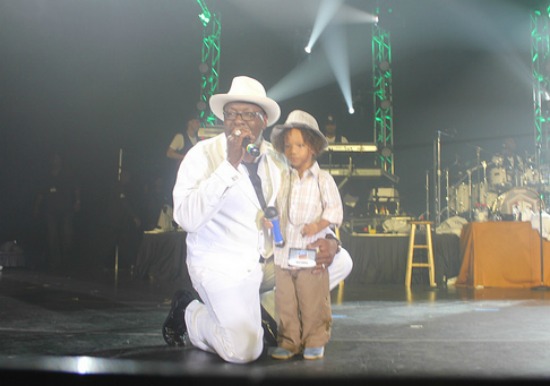 It seems like being with Bobby Brown might actually be toxic.  His newest bride, Alicia Etheredge-Brown was taken to a hospital in Orlando reportedly suffering from seizures on Saturday.

Brown was in town for a New Edition 30th anniversary concert, while in middle of a sound check he found out his wife had a seizure while back in their hotel room.

When reports hit the internet, before gossip bloggers could confirm if the rumors were true or not, we didn’t have to look too far.  Brown confirmed the report himself via twitter,

“The report that my wife was rushed to the hospital is true, She is recovering and in good spirits. Please keep my family in your prayers.”

Alicia Etheredge-Brown is also Bobby’s manager which could be why he still took the stage and performed despite her condition.  At one point during the show he brought Alicia’s 3 year old son out on stage.  The performance was part of the 10th annual Tom Joyner Family Reunion.

There has yet to be any reports released as to what caused Alicia Etheredge-Brown’s seizures.  Let’s hope it’s not that white stuff.