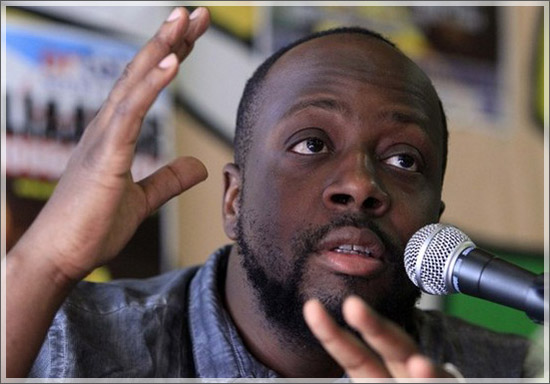 Wyclef Pulls a B*tch Move and Outs Lauryn Hill In His New Book.

Why Did the Fugees Break Up?

That’s a question that we’ve asked for years.  In an attempt to sell more copies of his book, Wyclef offers an explanation to the fans.  He said one of the main reasons for the groups split in 1997 was because Lauryn lied to him about being the father of her now 14 year old son Zion.  The father was really none other than Rohan Marley; the son of the late great Bob Marley.

The New York Post published a little snippet from the book, entitled “Purpose”

‘I was married and Lauryn and I were having an affair, but she led me to believe that the baby was mine, and I couldn’t forgive that.

‘She could no longer be my muse. Our love spell was broken.’

Now you see why it’s a b*tch move.  Wyclef was married himself.  How are you going to get mad over your mistress lying to you.

Clef gets the brunt of my tirade.  In 1997 when the crew broke up, it was a lot to deal with, fame, money, touring, creative differences so fun and indiscretion can be understood to a degree…now in 2012 there is no reason to reveal this information except to sell books.  Zion is 14 years old with a facebook page, twitter & instagram, Lauryn is facing huge fines and possible imprisonment and you are going to throw her under the bus.

Zion is the only innocent one in all of this and Clef just potentially made his life hell. Take a bow Wyclef, you might have just sold 4 more books.