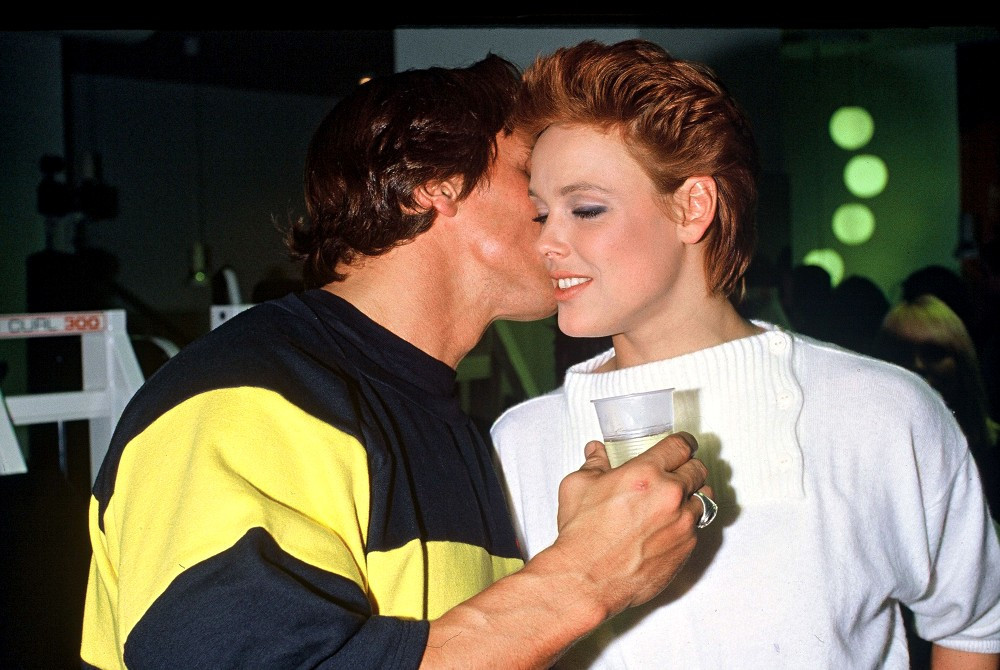 However, let’s put the headline above in context.  Brigitte and Arnie fooled around back in the early 80’s before she was married to Sly.  Nielsen first revealed the affair herself in her memoir that no one cared about or read, last year.  She tried to capitalize on the publicity that was generated when Schwarzenegger’s affair and consequent love child was revealed.  Nielsen admitted that she didn’t know that Schwarzenegger and Maria were serious at that time,

“Maybe I wouldn’t have got into it if he said ‘I’m going to marry Maria’ and this is dead serious, but he didn’t, and our affair carried on.”

In Arnie’s new book, “Total Recall” he confirms that the two had a “hot affair” while they were filming the movie “Red Sonja”.  Arnold was not married to Maria at the time, but he was living with her. He said that the affair actually made him realize that he wanted to marry Shriver.

Nielsen who appeared in the movie Cobra with Stallone and also appeared as Ivan Drago’s wife in Rocky IV married Sylvester Stallone in a union that would only last 19 months.  After several B movies, some songs, and modeling, Nielsen  somehow ended up dating Flavor Flav in what became one of the VH1’s numerous contributions to the degradation of reality TV called Strange Love.

I wonder who else Arnie’s been Smashing.  Total Recall might actually be worth the read.
[more…]