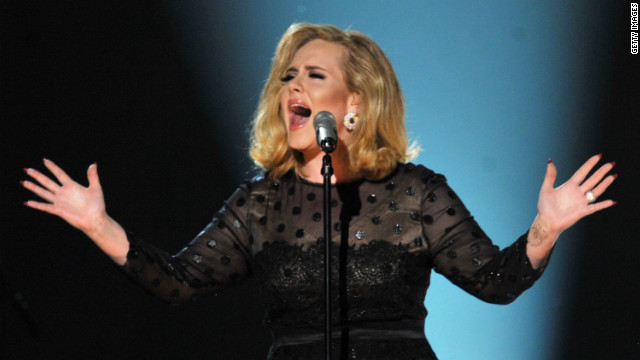 I never believe that anything is “leaked” these days, especially when it’s only a tidbit.  I guess 90 seconds is theoretically a tad bit longer then a tidbit.  (I just used “tad bit” and “tidbit” in the same sentence….it must be Monday! )

Adele announced she was singing the theme song for the newest 007 installment Skyfall and shortly thereafter, 90 seconds of it was available for us to listen to, how convenient.  The rest of the song which is close to five minutes long will be available on October 4th.

For you James Bond fact junkies, Skyfall will be the 23rd James Bond movie and it’s release date of November 9th will coincide with the 50th anniversary of the series which began with Dr. No back in 1962.  Daniel Craig by far is most like the Ian Fleming character from the book.

Back to Adele and the leakage……

During her press announcement, Adele said she was a little nervous when asked to sing the theme song but somehow she got over it…$$$$….she told the press,

“I was a little hesitant at first to be involved with the theme song for Skyfall,  There’s a lot of instant spotlight and pressure when it comes to a Bond song. But I fell in love with the script and Paul [Epworth] had some great ideas for the track and it ended up being a bit of a no-brainer to do it in the end. It was also a lot of fun writing to a brief, something I’ve never done, which made it exciting.”