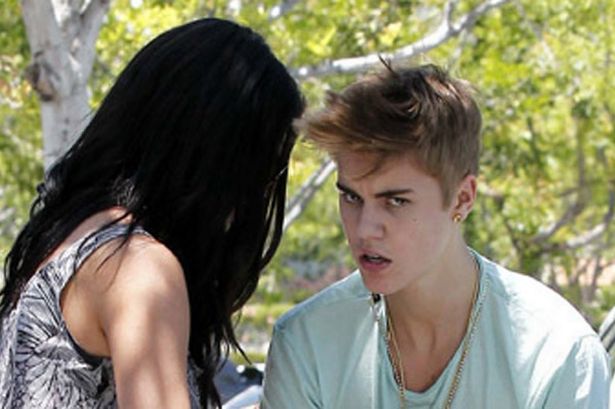 There were rumors swirling that after Justin Bieber performed at the Victoria Secret runway show at the Lexington Armory that he was backstage trying to get the digits of some of the models.  He was being especially cozy with Barbara Palvin, and why not?  He’s back on the market.   Yep, that’s right.

“Justin and Selena had been fighting and on the verge of a breakup for about six months. She was constantly calling and checking on him when they were apart. It was causing a lot of tension between them.”

As news of a possible split leaked to the public, Justin’s whereabouts became a hot topic.  Even hotter was his “who”abouts.  Who is he spending time with?  It appears that Barbara Palvin might be trying to make Justin forget all about Gomez. After the VS fashion show the two were spotted or linked to each other around town, including a showing of “The Lion King”.  Justin was seen going in and Palvin although she wasn’t seen with Bieber, she tweeted the words “Lion King”.

Yes it has come down to that.  The next big story is details to the break up and who will be the next Mrs. Bieber.  UK Daily says the break up was due to their aggressive schedules,

‘Because of their crazy schedules, it was getting harder and harder to maintain a relationship.’

I’m not buying it.

In case you think we are grasping at straws here in gossip land, how about Justine tweeting a picture with him and Palvin along with rapper lil twist.  Gomez retweeted the picture with no response.  She put simply, Friday morning Palvin was quick to put all the laides minds a ease, she tweeted,

hey everyone. please calm down. he is all yours!! 🙂 please 🙂