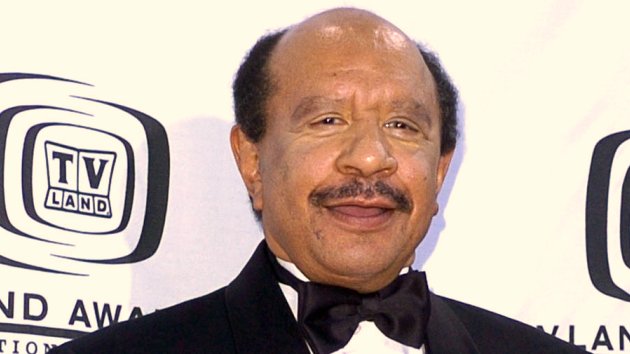 Man Claiming to be Sherman Hemsley’s Brother wants his Money, Hemsley has not been Buried yet! Sherman Hemsley aka George Jefferson, aka Deacon Frye died back in the summer on July 24th.  It was confirmed that Hemsley’s cause of death was not natural causes, but lung cancer.  Believe it or not, he has not been buried to date.  His body was frozen while matters of his estate were settled.

After his death a man emerged from Philadelphia claiming to be Hemsley’s half brother and he wanted to take Hemsley’s body back to Phili and bury him in a cemetery where Sherman grew up ……he also wanted to stake claim on Hemsley’s estate. This was not what was dictated in Hemsley’s will.  In fact there was no mention of Hemsley having a brother at all.  Hemsley specifically called out that his estate and all his belongings should be turned over to a longtime friend by the name of Flora Isela Enchinton Bernal.

Who even knew this was all going on!

After nearly 4 months, the courts took DNA from Hemsley and matched it with that of the 78 year old Richard Thornton.  It turns out that he was indeed Hemsley’s half brother.   During a court hearing that was delayed due to Hurricane Sandy, Hemsley’s half brother explained to the court that Hemsley was the result of his dad cheating on his mom with another woman!  His argument against the estate being handed over to Flora Isela Enchinton Bernal is that Hemsley was not in his right mind when he made that decision.

NOT IN HIS RIGHT MIND?

It has been reported that Enchinton actually called Hemsley’s attorney and they both met him in the hospital.  The will was drawn up and read to Hemsley in the hospital and Thornton’s attorney did not think this was sufficient.

After testimony from several people, including the witness to the will signing and the medical staff that cared for Hemsley in his final days, the El Paso Judge, Patricia B. Chew who presided over the case, ruled in favor of Bernal.  Judge Chew upheld the validity of his Hemsley’s original will and with that Enchinton received full control. How much is Sherman Hemsley’s Estate Worth?  News sites are reporting a valuation of only $50,000 a number that I can’t believe.  Celebrity Net Worth has Hemsley with a valuation of $3 Million a much more believable figure.

Although Hemsley’s half brother says that it’s not about the money, and assuming Hemsley was only worth $50,000 when he was alive, with 235 episodes of “The Jeffersons”, and 110 episodes of his show “Amen”,  there is the possibilities of money to come.

I say bury the man, let him rest in peace for crying out loud!

Rest in Peace and Turn on the Light from Heaven On, Shine on ME!!