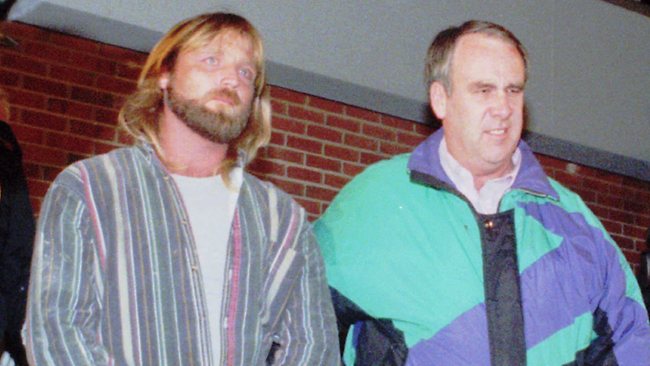 A documentary that will air on Wednesday night suggests that OJ is really innocent…well sort of.  Allow me to introduce you to Glen Rogers.  He is one bad man.

The Investigation Discovery cable channel will run the documentary entitled “My Brother the Serial Killer” where we get to take a look into the life of a serial killer that for some reason we have heard or known very little about.

There are reports that Rogers killed over 70 people and two of those are said to be Nicole Simpson and Ron Goldman.  The documentary will basically look into Rogers life as one of 7 children and the many murders that he committed.  The backstory of his crimes will be recanted from police, prosecutors and his own brother who admittedly got his younger brother started in a life of crime.

His brother Clay is the “My Brother” referred to in the title, might be responsible for starting his brother’s life of mischief but he was also the person that turned him in.  Clay was convinced that his brother was a killer when he found one of the neighbors decomposing body.  At that point he knew that all the stories that his brother told of killing 50 people were actually true.

If those stories were true, then so was the one about him partying with a rich woman named Nicole Brown Simpson.  Rogers was doing construction in their area in 1994 and says that he not only partied with Nicole but he also personally knew OJ.

Rogers claims that OJ paid him to steal a pair of $20,000 earrings that he had given her, and said to kill her if necessary.  Reporters and police say that Rogers knows details of the murder including the sequence in which they happened indicating that he could possibly be telling the truth.

After leaving L.A. he went on a cross country killing spree.

This sounds like just the way I want to spend my Thanksgiving eve.  Like I always say, when someone tells you they killed a person….or 50, it’s wise to listen.